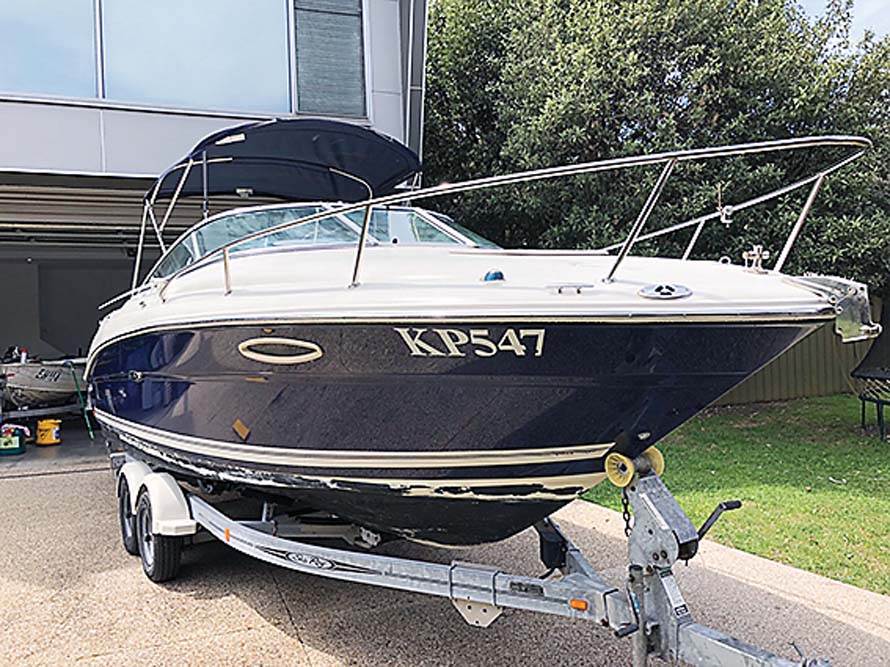 A $55,000 speed boat and trailer, pictured above, were stolen from the driveway of a Blairgowrie property, overnight Saturday 24 April.

It is unknown how the offenders were able to connect the trailer to a tow vehicle in Fawkner Avenue as the folding drawbar connection was padlocked.

Owner Nick Beveridge said Somerville detectives had put out a state-wide alert on the 7.5 metre boat which had recently received a new motor, gearbox and propeller at a cost of $30,000.

Mr Beveridge said there was no CCTV coverage of the raid and few people lived in the area of mainly by holiday homes.

He had recently bought a new steering wheel for the fibreglass boat from JV Marine which had not yet been installed.

“The thieves will have to purchase a new steering wheel so, if someone reads this that has … sold a steering wheel on Gumtree or Facebook then it may [have been] to them,” he said.

“Why would you steal a boat? It would be very difficult to sell. It’s not like you can just go and put it on online, such as on Gumtree or Facebook, like a used car, and every part has a serial number.”

Mr Beveridge warned other boat owners to remain vigilant. “There’s lots of boats in driveways and few fulltime neighbours around here,” he said.