Golden jump after year of waiting 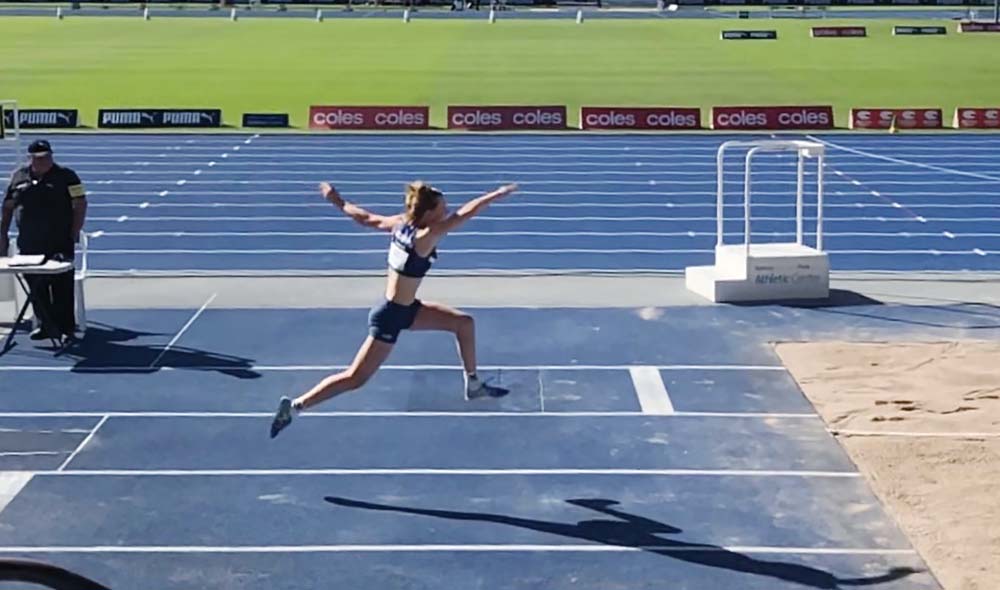 MOUNT ELIZA’s Geena Davy has won gold at the under-15s national heptathlon in Melbourne and the national triple jump at the Australian Track and Field Nationals in Sydney.

Like many young athletes Geena was unable to compete in 2020 and did not see her friends at events or feel the excitement of the competition.

A Little Athletics competitor since she was 10, Geena during the season trains twice a week with coach, Jason Hodson.

Hodson suggested that Geena enter the state heptathlon at Bendigo, where she came second and qualified for the two-day nationals at Lakeside Stadium, Melbourne. The heptathlon consists of hurdles, high jump, shot put and 200 metres on day one, followed the next day by the long jump, javelin and 800m. Geena came first with 4517 points.

She has recently returned from Sydney where she competed at national level in long and triple jump in the Australian Track And Field Championships.

In Sydney, she competed with 16 girls from around Australia in long jump at the Olympic stadium to win silver with a 5m 51cm jump.

Geena was up at 5am the next day at the warm up track at for an 8.30 triple jump.

With and initial 19 girls competing, Geena eventually hopped, stepped and jumped her way to a winning triple jump of 12m 22 cm.