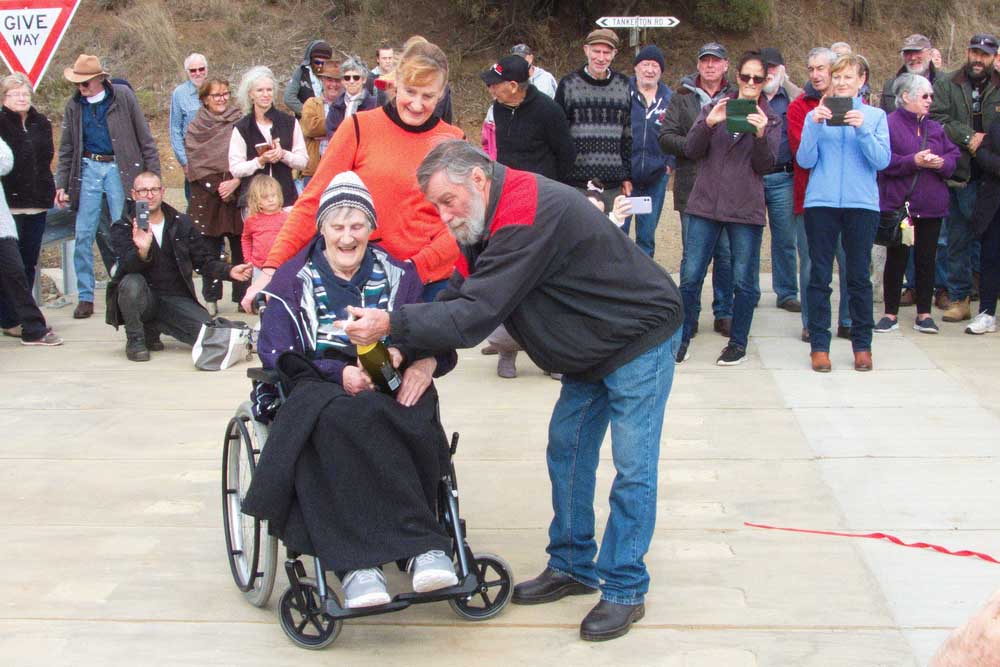 BORN and bred French Island resident Rose Scott has done it again. The 90-year-old was delighted to cut the ribbon to open the island’s new Coast Road bridge, Saturday 24 April, after opening the first bridge on almost the same spot near Tankerton Road about 30 years ago. Afterwards she enjoyed a glass of champagne.

Ms Scott – nee Thompson – who usually lives on Coast Road, came across by barge as she is living with her daughter in Mornington. The 11am ceremony gave others attending the event a chance to come across on the Stony Point ferry.

The community association has erected a plaque to commemorate the occasion.

The 10 metre by 15 metre bridge connects Tankerton to the Coast Road.

Mr Woolley said it took him a while to get to talk to Ms Scott afterwards “because she is so popular that everyone wants to chat with her”.

“When I had my turn there was really only time to say hello.”

Mr Woolley said that contrary to common belief the “second” bridge may actually be the third.

“When the contractors (Decmil) pulled out the old timber bridge about a month ago there appeared to be steel beams underneath.”