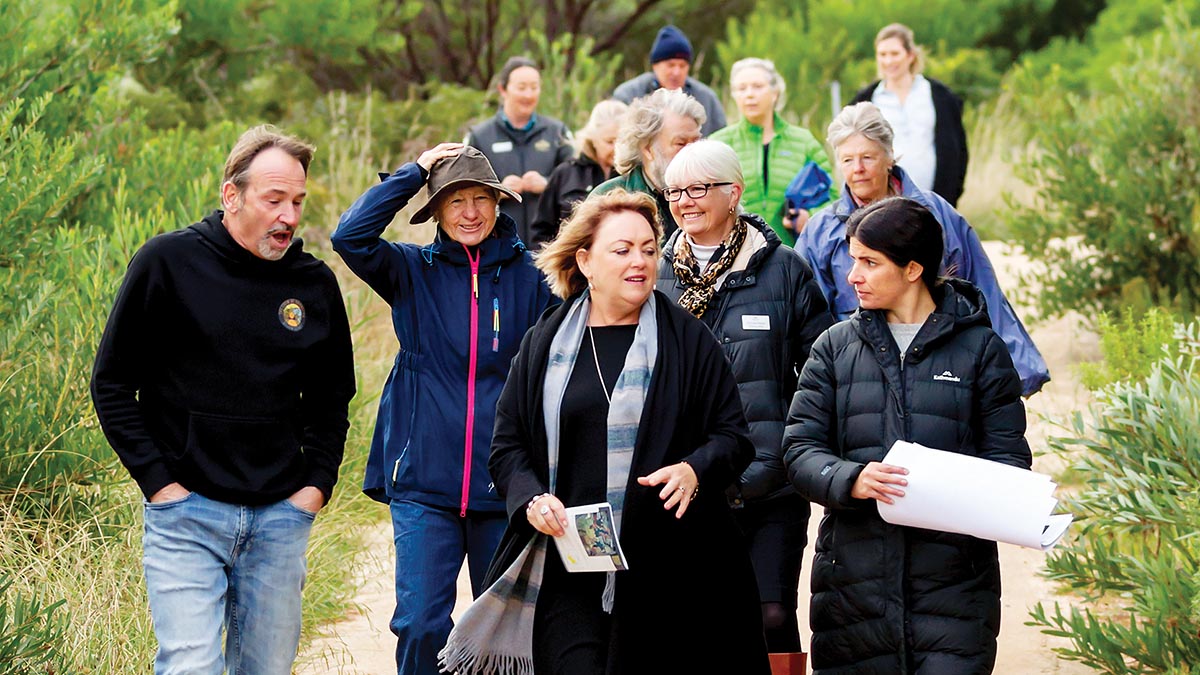 PROJECTS and activities to improve or sustain the environment make up most of the nine projects entered by Hastings in this year’s Australian Sustainable Community – Tidy Town awards.

Representatives from Mornington Peninsula Shire met with Keep Victoria Beautiful and Keep Australia Beautiful to present the projects as part of Hastings’ bid to win the tidy town award.

The national winner, out of seven competing towns, will be announced at Beechworth in June.

The nine projects in Hastings’ bid are:

Foxes are known to eat 300–400 grams of native wildlife every night.

BlueScope Steel Western Port’s project follows the closure of the hot strip mill and consequent need to find an alternate destination for the waste unblended filter cake. The company found a Victorian business that could use the filter cake as a component in its road base blending process.

The Willum Warrain Aboriginal gathering place in Hastings has created a series of ephemeral water holes called “pun puns” to filter water before it runs into Warringine Creek and Western Port.

Western Port Secondary College’s Harrison Hansen has supported such school community activities and initiatives as sporting events, community days, open nights and school tours. His accomplishments for the project include mentoring students to successfully transition to secondary school; running a year 7 camp while in year 10; school tours for parents; a human powered vehicle team; being in a state lawn bowl and basketball outside school; and ballroom dancing competitions, a skill he was initially self-conscious about but now views with pride.

Other projects in Hastings’ bid for the tidy towns award include installing solar panels as part of the shire’s commitment to becoming carbon neutral; the shire’s Reconciliation Action Plan and Rap4RAP project;

The role of the shire in helping about 1000 people (and their pets) evacuated to Hastings from bushfire-threatened Mallacoota in January 2020 is also listed as a project in the awards entry.

The projects are rounded off with Hastings-based Dolphin Research Institute’s i see- i care marine ambassador program, which was started in 2000 to create a longer lasting impact in schools than just one day’s excursion.

The program is carried out with partnerships with organisations like Parks Victoria and Melbourne Water and local councils.