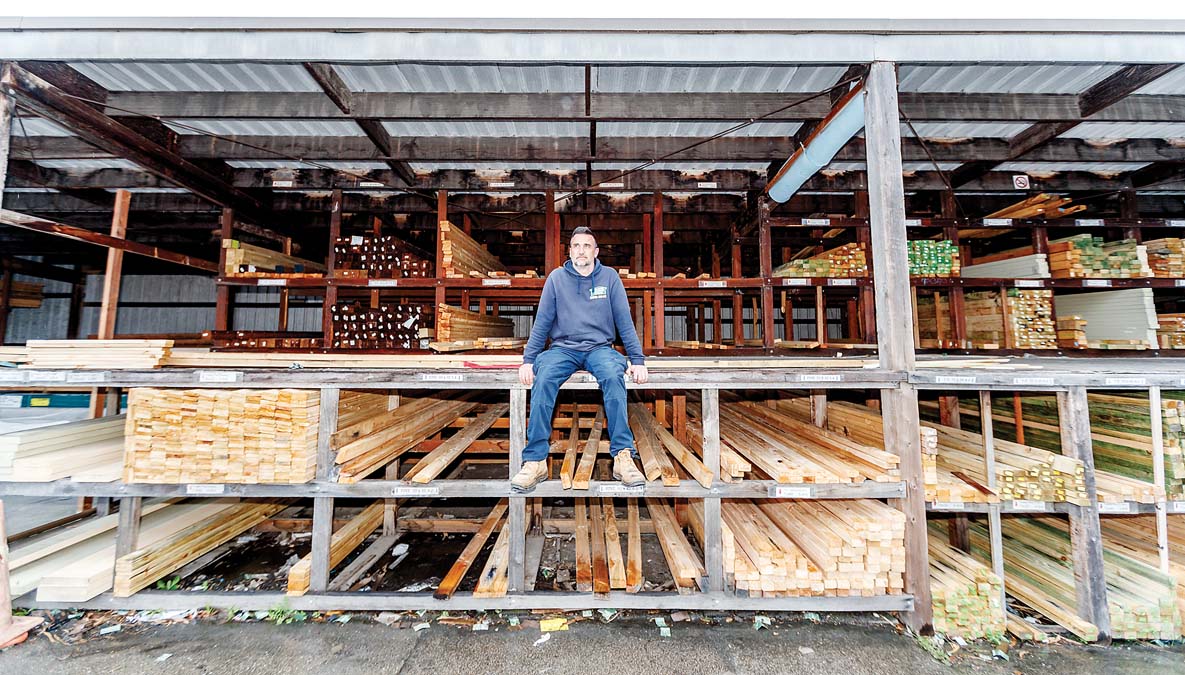 A “PERFECT storm” of bushfires, industry cutbacks, COVID, people working from home, and government incentives for new home building and renovations have led to a shortage of structural timber affecting the Victorian building industry.

The dearth of supply across the Mornington Peninsula has meant many timber yards are finding it hard to source stock for their trade customers.

There are concerns the shortage, leading to delays, will generate a “ripple effect” affecting the jobs of electricians, carpenters, joiners and others involved in home building.

Adding to the “storm” are rises in global freight charges and strong demand for timber in other countries, especially the US, absorbing supplies from European producers which traditionally would have been sent here.

Supplies of pine – the most common framing timber – were badly affected when a large NSW mill was razed by bushfires earlier last year. This, combined with the decommissioning of a major South Australian framing mill, helped create that “perfect storm” which has engulfed the industry with “no end in sight” to the supply problem.

Framing timber prices could jump 30 per cent by year’s end, although supplies of other timber are not affected so badly.

Dromana Discount Timber owner Luke Wharton, who has spent 29 years, in the industry, said he had never seen shortages of so many building materials and products which has pushed prices “through the roof”.

“We are seeing unprecedented demand now, yet the forecast for 2020 was that the housing market would crash,” he said. “Instead, it went the other way.”

Mr Wharton said early last year there was a shortage of pine frames. “Pine producers were just starting to get on top of that when COVID-19 hit and there’s been a domino effect ever since.”

Bunnings general manager merchandise Toby Watson agreed: “We have seen unprecedented demand for timber products for a number of months now due to people spending more time at home and the incentives for new home builds and renovations.

“This is creating a challenge for the entire industry with demand particularly strong for structural timber in Australia.

“We’re working with our suppliers and trade customers to forecast demand and plan earlier in the build process so we have additional time to manage orders as best as possible.”

“We can’t get enough pine framing because of the strong world-wide demand,” he said.

“We can’t produce enough [pine] here to satisfy demand but usually we can top up with imported material from, say, Canada, the US or Europe. Now, 50 per cent of that is not coming because they are going through building booms as well.

“Demand is certainly exceeding supply. “It’s going to take us a long time [to get back to normal] and there is no real solution in sight.”

The timber shortage has left the domestic market in dire straits, with home building especially affected as framing crews cannot get their hands on frames.

“I might order 300 [framing] packs and only receive a couple of dozen,” Mr Wharton said.

Timber yards were looking after their regular customers to keep them going until sustainable timber supplies resume.

“We are rationing supply,” Mr Wharton said. “I don’t know if the supply issues have hit rock-bottom yet.”

Bunnings’ Toby Watson said the trade giant had been “communicating with our trade customers for some time and are working closely with them to help them plan and manage projects”.