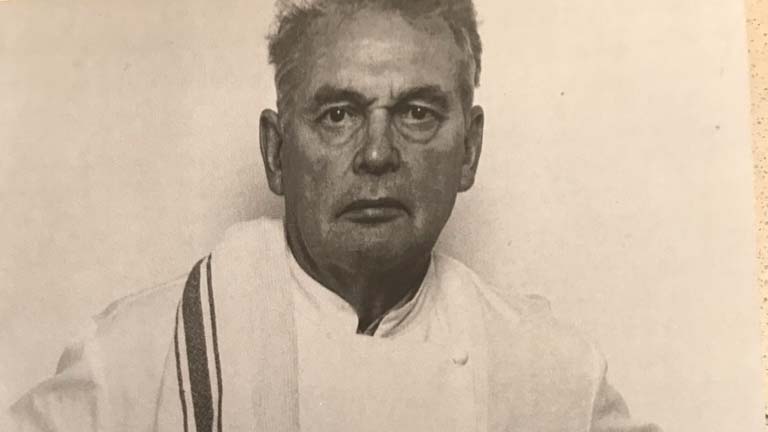 A DOYEN of Melbourne’s food scene, Hermann Schneider, who died on 6 May aged 86, of lymphoma, had long-standing links to the Mornington Peninsula.

He was a partner at Delgany Country House Hotel, Portsea, 1987-1994, and ran the restaurant at Arthurs Seat from 1994, which closed when structural problems forced the chairlift to close in 2003.

Schneider came to Melbourne in 1956 aged 20 as a chef for the Swiss team at the Melbourne Olympics. He stayed on, met and married Faye, and they opened Two Faces restaurant in South Yarra in 1960. Faye died in 2007.

His funeral was held at St Thomas More, Mount Eliza, Friday 14 May, followed by a wake at La Serre, Langwarrin South. Such was Schneider’s standing that up to 150 people bade farewell. Daughters Monique and Madeleine and their families paid their respects, and some of Melbourne’s best-known chefs spoke fondly of their training at his high-class establishments. They included MC Luke Mangan, Guy Grossi, and Teage Ezard, who all apprenticed under him, and head chefs John Lepp and Mike Kelly.

Former Mount Eliza restaurateur Rob Licciardo, who spoke at the wake, paid tribute to his mentor and reminisced about his “time with Hermann learning our art”.

“I was with him from 1978-1981 at Two Faces before he went to Delgany,” he said. “I can still recall what it was like working in his kitchen. People don’t realise that when he came here from Europe Melbourne was a chop-and-three-veg town. He introduced us to modern cuisine. He was The Man. A lot of people knew him.”

Licciardo said the service and wake were a fitting tribute to “someone who pioneered modern Australian cuisine”.

“He will be remembered as an iconic chef who put our cuisine on the map through his hard work, his talent and his art.

“Many chefs came through his kitchen and he moulded reputations as his training was the best in the country.”

Schneider was described as “fierce, but also funny, modest, and supportive of those who worked with him” – qualities his many friends and colleagues will fondly remember.