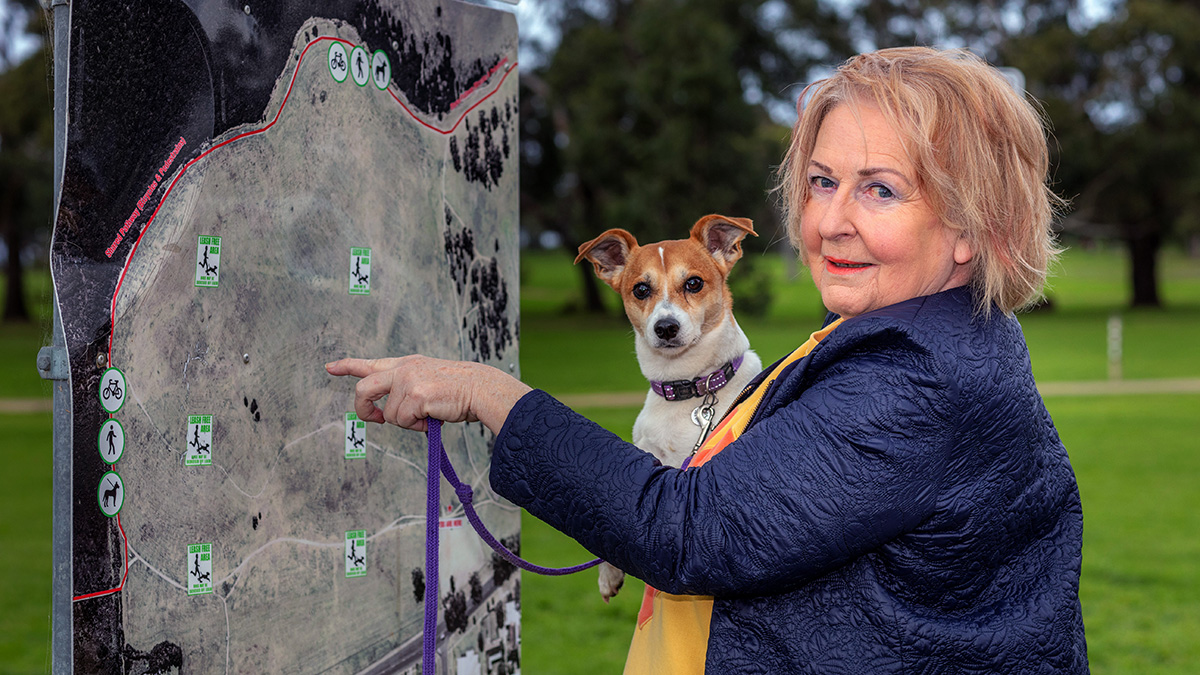 DEE Holicka and her pet Holly with the sign at Hastings foreshore that shows dogs are not allowed near the bike track although there is no fence separating it from the leash-free area. Picture: Gary Sissons
Share
Facebook Twitter LinkedIn Pinterest Email

MORNINGTON Peninsula Shire Council has withdrawn a $400 fine issued to a dog walker for not having their dog under effective control near cyclists at Hastings.

Dog walkers had complained that rangers were policing the local law and pointing to a sign which says dogs must be leashed within five metres of paths used by cyclists.

The dog walkers claim it is unreasonable to expect them to be able to control especially big, effervescent and lively dogs in the off-leash park, near the corner Marine Parade and Cool Store Road.

Jack-Russell-fox-terrier-cross owner Dee Holicka, of Hastings said people were “furious” at the possibility of a fine and that the single sign’s wording was “vague”.

That threat has abated, however, after the shire’s community safety coordinator Talana Cook said a recent sign audit had found the signs “might be confusing to dog owners and we are in the process of removing them”.

Ms Cook said a fine was issued as a result of the sign, but “we subsequently withdrew it”.

She reiterated that “dogs must be under effective control at all times, even in a leash-free area, and especially where pathways are shared with cyclists”.

Ms Holicka said especially older people would find it difficult to control some breeds when they were “running around, exercising and having fun”.

“There’s hardly any cyclists there, anyway,” she said.