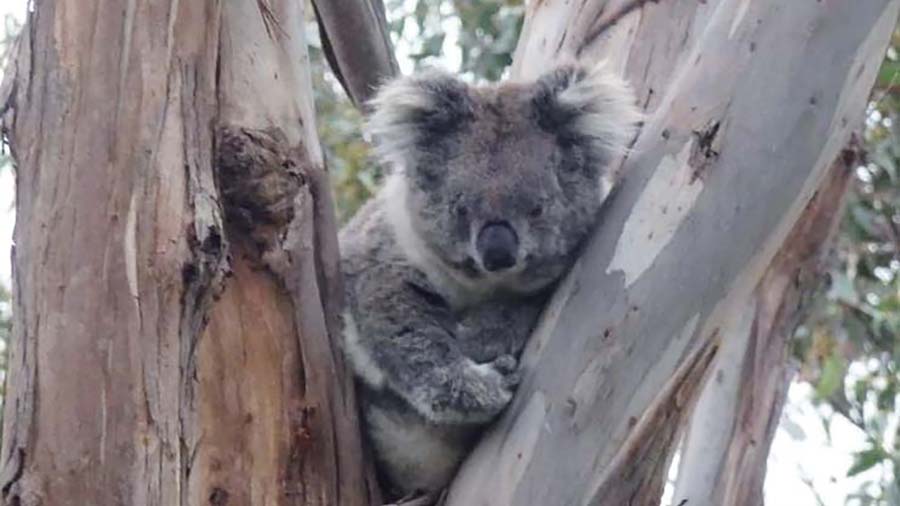 A KOALA tree planting project on the Mornington Peninsula will run until the end of October.

The project, being run by Mornington Peninsula Koala Conservation, will focus on Somers with a smaller project at Dromana in the Arthurs Seat State Park.

“We are aiming to plant in excess of 15,000 native trees and shrubs to help safeguard koala habitat,” president Dirk Jansen said.

“We will also have plenty of trees to give away to other residents in key koala areas on the peninsula.”

Mr Jansen said koalas and other wildlife on the peninsula were declining due mainly to habitat loss and urban development. “Their habitat, of which more than 70 per cent is on private property, has diminished.”

“Koalas are still present from Seaford and Frankston to Flinders and Boneo but only in low numbers.”

Mr Jansen said wildlife habitat was heavily fragmented with connections between areas of bushland as a food source needing to be established and maintained. “Tree canopy is fast disappearing all over the peninsula and needs to be retained and restored.”

The project will need community support to succeed. Mr Jansen said Mornington Peninsula Koala Conservation started in May 2019 with members of the community realising the importance of preserving the local koala population from the threat of development.

“We started out firstly with a Facebook group which continues to record the sightings of koalas,” he said. “Our membership is gradually increasing, and with the support of the Mornington Peninsula Landcare Network, we are well on the way to becoming an established community conservation group.

“Our main goal is to create a koala wildlife corridor connecting existing sections of koala habitat and food trees on the peninsula. This involves planting in the existing koala corridors … encouraging koalas out of urban areas and away from the many threats they face.

“To achieve our goal, we need funding to buy and plant trees and vegetation needed for the wildlife corridors. We hold fundraisers, try to increase membership and apply for grants. All money received will go directly towards bringing our project and goals to life.”

Register or volunteer at: mpkoalas.org.au and on Facebook: Mornington Peninsula Koala Conservation.