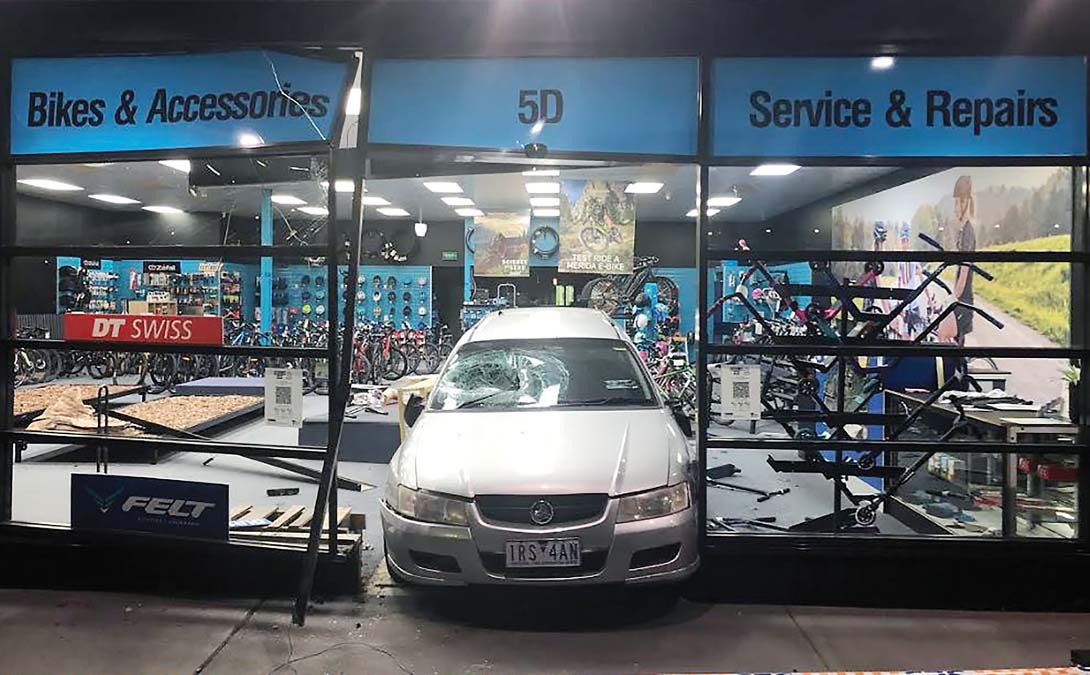 RAMRAIDERS managed to steal a valuable off-road bike from a Mornington bicycle store last week despite their foray taking an unexpected turn.

The pair backed a Holden Commodore station wagon at speed into the front glass doors of the Sealy Cycles store at Peninsula Home, Nepean Highway, 4.30am, Wednesday 9 June – where it promptly got stuck.

Detective Alex Montgomery, of Somerville CIU, said the force of the entry caused $20,000 damage and wedged the car so firmly inside that SES crews were called to help, and a tow truck was needed to pull it out later that morning.

Store staff, who asked not to be named, said CCTV footage showed one befuddled thief “grabbing the closest bike” – a $8000 Felt Compulsion 3 Enduro mountain bike – and pushing it through the shattered window before carrying it away.

The men were described as “disguised” and wearing dark clothing and headlamps.

Detective Montgomery said the car was not stolen and “inquiries are being made as to the owner” as part of the investigations.

The raid is the second at the store in just over a week. Three thieves previously distracted staff and stole a Norco E-Bike valued at $10,000.