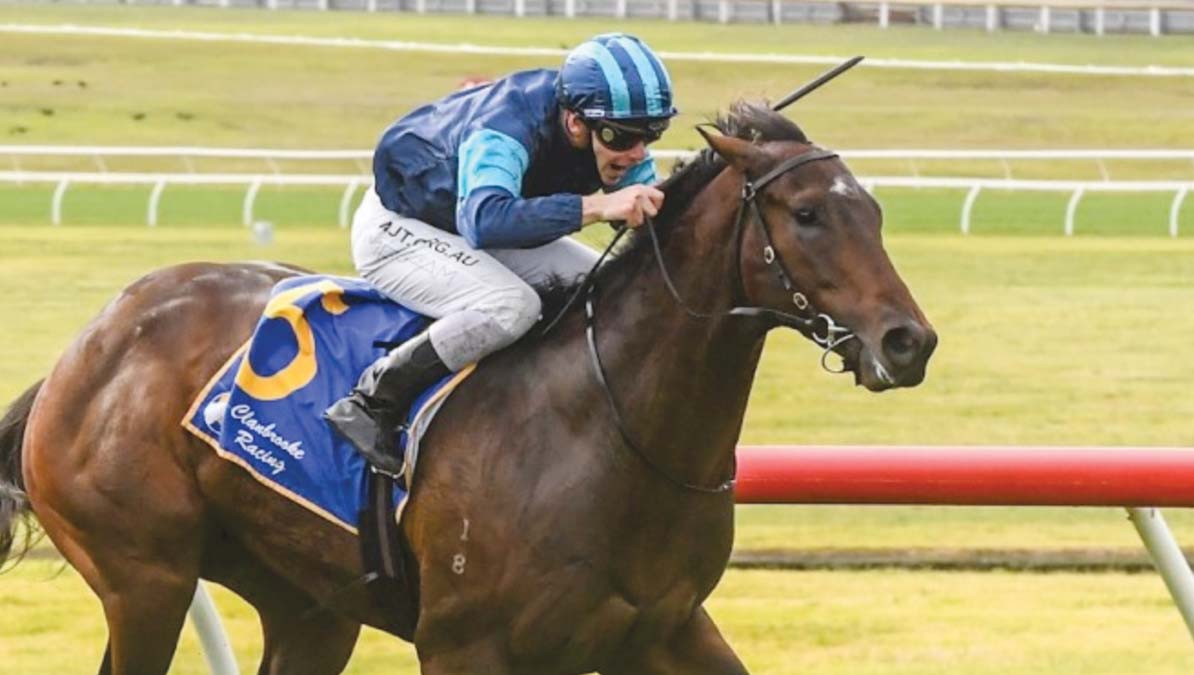 MATT Laurie’s promising colt Ranveer showed his class with a gutsy win first-up in the heavy conditions at Sandown on Saturday.

The Winning Rupert-sired two-year-old had just the one run in the Spring last year where he ran second to the one-time Golden Slipper favourite Profiteer at Flemington before he was sent for a spell.

Returning after seven-months off the scene, Mornington-based trainer Matt Laurie queried whether the heavy conditions would take too much of a toll on his colt first-up.

“I was a bit worried,” Laurie said post-race. “I felt that we probably hadn’t done enough for this sort of surface today but I hoped class would take him through.”

Ranveer’s class certainly shown through as he travelled outside the leader’s girth before extending in the straight to win by just under a length over the Phillip Stokes-trained deubtant Our Heidi. They put a gap on the rest of the field with another two lengths back to third.

Laurie said the colt, who played up in the barriers before the jump, would take plenty of benefit from the experience.

“It was a bit frustrating to see that but hopefully he has this run under his belt and he can move forward,” he said. “He looked to be running on empty a fair way from home to my eye… he’ll come on a hell of a lot from that.”

The win brought up jockey Ben Melham’s first metropolitan winner back since returning from suspension.

“He’s a lovely colt,” Melham said. “Obviously, today’s conditions weren’t ideal for him but we just nursed him along as his condition was a bit of a query on the heavy ground first-up.

“He’s still a bit colty, a bit rowdy and full of himself but with this run under his belt, I’m sure he’ll calm down and we’ll get a better idea (of his potential).”

Laurie identified another race at Caulfield in two weeks’ time for Ranveer before ‘backing off’ and focusing on a Spring campaign.