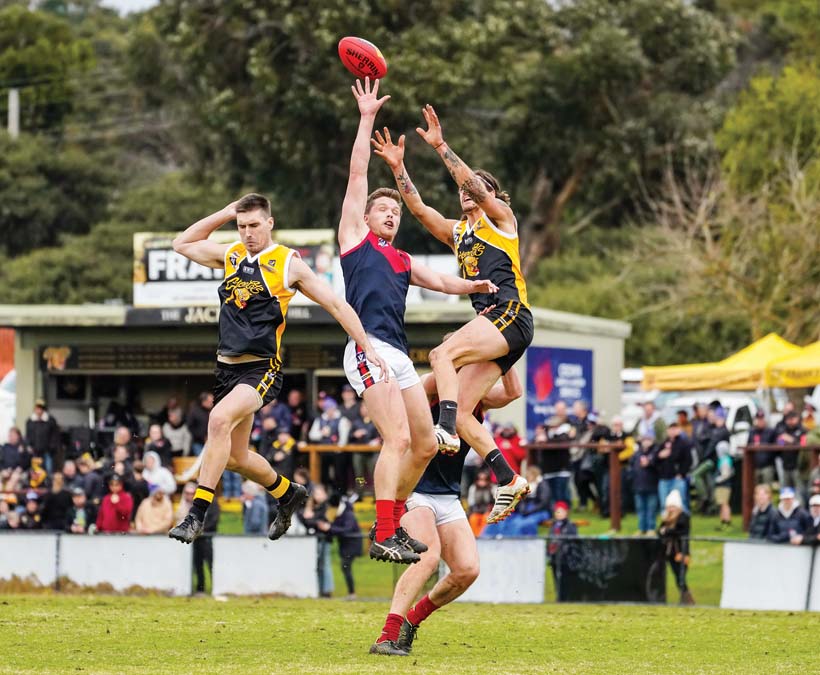 PINES upset Sorrento on Saturday to score what could be a season defining win.

The Pythons have endured a difficult 2021. They came into the clash against the Sharks with just one win to their name for the season.

Sorrento controlled the game for most of the day on their home deck. They led at each break of play, and took a 22 point lead into the final term.

Pines now sit a game ahead of last place Edithvale–Aspendale, who fell to another defeat on the weekend. They lost to Frankston Bombers 14.19 (103) to 6.6 (42).

Dromana claimed the points in a close one against Rosebud on Saturday.

Just one goal was scored in a scrappy opening term, which set the tone for the rest of the game.

Billy Quigley was the Tigers’ best.

Frankston YCW cemented their place on top of the ladder with a comfortable win over Mt Eliza.

Matthew Troutbeck and Brenton Lambert kicked three goals each for the victors.

Bonbeach rounded out the winner’s list with a 63 point victory over Red Hill. Owen Hulett was immense in his first senior game for the season. He kicked five goals.