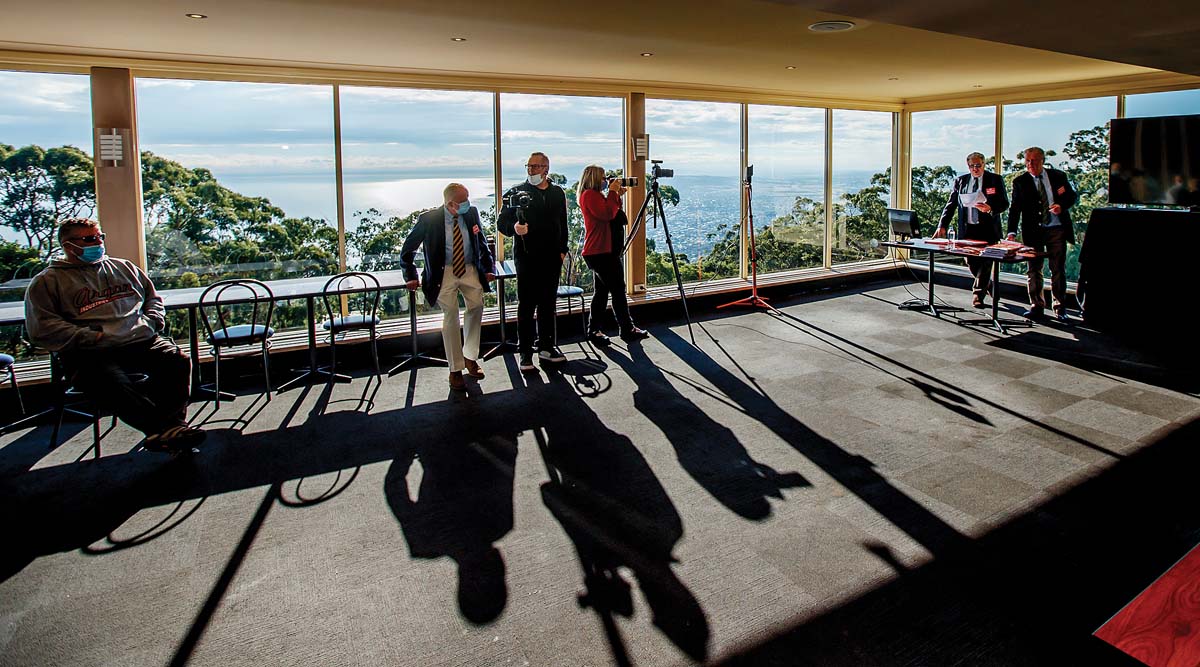 ROGER McMillan Real Estate Dromana is negotiating with “multiple bidders” after Arthurs Hotel atop Arthurs Seat was passed in at auction last week.

About 60 people watched as bidding reached $11 million without the hammer coming down on a deal.

The property on five titles over 7254 square metres is opposite the Eagle Skylift.

The hotel, built in the 1930s and formerly known as Garden of the Moon and then the Mountain Peak Restaurant, is at 790 Arthurs Seat Road. It is on one title of about 3270 square metres with a restaurant, sports bar or wine bar, beer garden, function room and takeaway food area, footpath trading and its own vineyard. It has had the same tenants for eight years and is being offered for sale for the first time in 22 years.

Selling points are bay and city skyline views and a 1am liquor licence for 430 patrons.