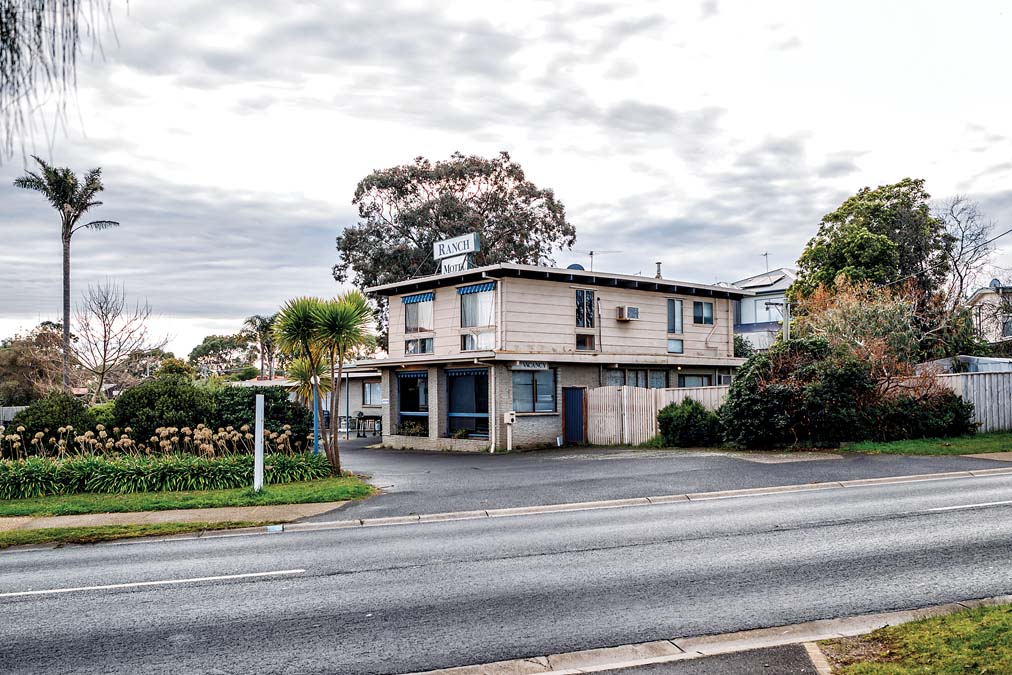 MORNINGTON and Mount Martha residents are questioning the suitability of a three-storey development set to combine a 96-place childcare centre and 53 serviced apartments – including five for social housing – on the corner of Nepean Highway and Benton’s Road.

Neighbours want Mornington Peninsula Shire councillors to reject the application for the 5630 square metre block at 61 Bentons Road following a conference they say “raised more questions than it answered”.

Initially proposed as a motel with an attached childcare centre on the site of the former Ranch Motel, the residents said plans to include social housing were only revealed during the conference.

“This revelation calls into question the validity of the application as a place for short-term stays only, and the adequacy of proposed parking sites, which are 52 spaces for units and 27 spaces for childcare,” residents’ spokesperson Hannah Callow said.

“Traffic implications are of considerable concern, particularly due to the location of the premises directly opposite the Mount Martha ambulance station. Planning officers confirmed that the proposal is likely to be supported by the planning department despite a formal objection received from Ambulance Victoria.”

Ms Callow said one objector was concerned that approval of the application “could cost lives” because the increased traffic may affect the movement of ambulances.

The shire’s director of planning and building David Wilkinson said the application advertised in October last year would be determined at the 13 July council meeting. He said a report to council with an officer’s recommendation would be published on the council’s website prior to the meeting.

Ms Callow said neighbouring Kerry Avenue and Darcy Street would also feel the pressure of increased traffic and limited parking. “Benton’s Road is already at a standstill during peak hours,” she said.

“The developer’s preferred solution of converting childcare parking to bike spaces seems an unlikely proposition for parents of 96 children doing a day-care drop-off.”

Ms Callow said that with the planning application relying upon a Trans Traffic Survey conducted in 2017 it was “unlikely that the plan has adequately considered the population growth of the area – tipped at more than 5800 people – and current traffic conditions”.

Other residents said the 2017 Traffic Impact Plan also could not have considered the impact of the development on services being provided by the ambulance station.

“Despite council having known about the development for three years, residents were only informed by mail during Melbourne’s hard lockdown and given seven days to organise responses, without being able to door knock or meet in public,” Ms Callow said.

“Online organisation has been pivotal to the neighbourhood’s response to the development.”

Bree Mellington, of the Facebook group “61 Bentons Development”, stressed the importance of contacting councillors to express concerns. “Ultimately it will be the 11 councillors who make the decision, and it is crucial that we contact them on an individual basis and make our voices heard,” Ms Mellington said.

While the shire’s planning department stresses that its decision to support the plan is based on policy, a “number of policy areas are not met by the development”, residents say.