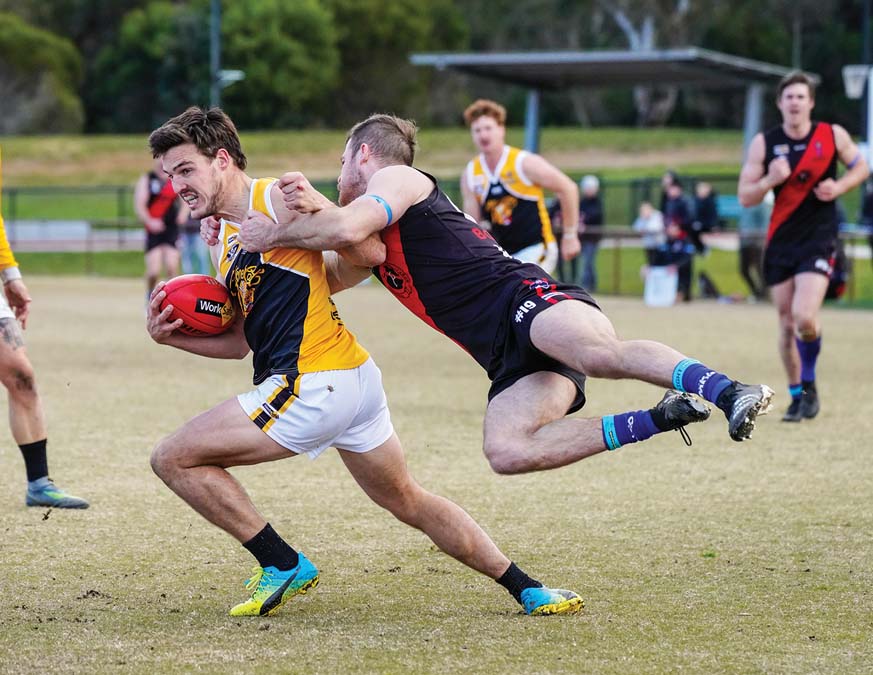 FRANKSTON Bombers scored their best win for the season on Saturday by defeating top of the ladder Frankston YCW.

The Stonecats have been the standout side in Division One this season, but were put on the back foot early. The Bombers rushed out to an early lead and held the Stonecats goalless in the first term.

Frankston YCW hit the scoreboard in the second term, but the Bombers hit back. They didn’t let the Stonecats get too close to them all afternoon, and ended up winning 14.10 (94) to 8.11 (59).

Alex Harnett, Harrison Prior, and Sam Drake were among the Bombers’ best. Jarrad Grant, Khan Haretuku, and Corey Buchan kicked two goals each.

Despite the defeat, YCW remain on top of the ladder.

Bottom of the ladder Edithvale-Aspendale nearly snatched a win on Saturday, but just couldn’t get over the line.

Edithvale-Aspendale were matched up against Sorrento at Regents Park. The home side started well, and took a three goal lead into half time.

Sorrento struck back with a six goal third term. Both sides were evenly matched in the final quarter, but the Sharks just did enough to stay in front.

The Sharks have had a difficult year, but still remain in the top six by percentage.

Heading into the last quarter, Bonbeach led by one. Both teams kicked one goal each in the final term which meant Bonbeach took the four points.