Protecting Melbourne’s green wedges – while we still can 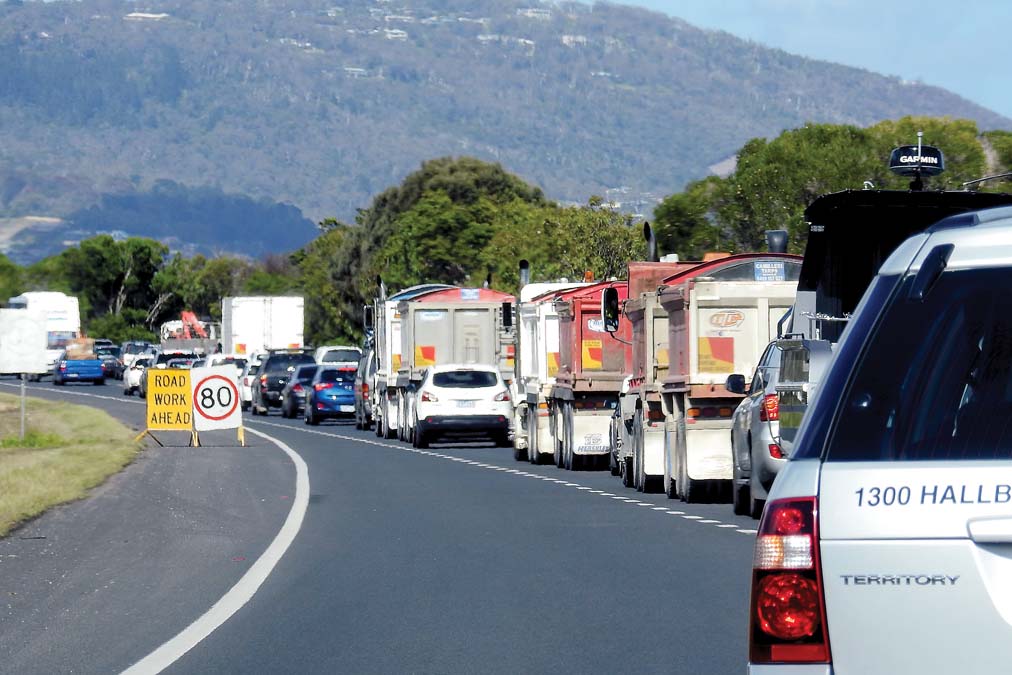 ON any weekend or during holidays roads onto thg Mornington Peninsula prove its popularity. While the escarpment of Arthurs Seat already contains residential areas, there are fears that more quarrying or commercial development will be allowed on its green wedge-zoned area. Pictures: Yanni
Share
Facebook Twitter LinkedIn Pinterest Email

THE natural areas of Melbourne are under threat at the same time as there’s growing evidence of their importance for humans.

In the late 1960s, the Victorian government designated 12 areas, covering 17 municipalities around Melbourne, as land set aside for recreation, conservation, farming and resource utilisation purposes.

These areas are known as green wedges.

Over the past 60 years the world has changed. The rapid population growth and expansion of Melbourne’s footprint, along with the subsequent losses in biodiversity as increasingly scarce natural environments disappear, are particularly important to the future of green wedges.

While these areas have mostly been retained, our research argues that the current legislation defining and protecting green wedges is in urgent need of updating as it’s not keeping pace with threats to these important areas of biodiversity and high-value ecosystems.

The total population of Greater Melbourne increased by a quarter between 2006 and 2016, averaging 2.3 per cent annually between 2011 and 2016 – a very high rate when compared with cities in other industrialised countries.

This has put increased pressure on the ability of green wedges to meet the demands for multiple uses, especially during the COVID-19 pandemic, as many people rediscovered the importance of natural spaces for their health and wellbeing, and are increasingly using these spaces.

Two other issues have coincided with this added pressure – the first is environmental loss.

Australia has the highest extinction rate of mammals in the world and is the fourth worst country for all animal extinctions. This is due to land clearing and climate change, with the associated increase in large and severe wildfires.

Despite this rate of extinction, very little protection is offered to Australian flora and fauna.

There are 194 animals, 53 invertebrates and 380 plants listed as threatened under the Victorian Flora and Fauna Guarantee Act 1988, most of which don’t appear to have a protection plan.

On top of this, many species have been left outside this act – dangling on experts’ Advisory Lists. And these lists suggest that four-fifths of Victoria’s threatened flora and 284 threatened species of fauna remain outside the act.

Ironically, this extinction crisis is happening at the same time as we’re seeing an increasing recognition of the importance of biodiversity for the health and wellbeing and, indeed the survival, of humanity.

Along with the many ecosystem services that our natural environment provides – like trees that improve our air quality, undertake carbon sequestration, reduce the heat island effect and stabilise soil – there are many positive impacts as a result of people’s interaction with nature. These include improving wellbeing and self-esteem, reducing stress responses and blood pressure, and even improvements in attention span and memory.

So, where green wedge areas are at risk of being lost to another use, particularly those with high levels of biodiversity that also have significant biolinks (wildlife corridors that connect pockets of native vegetation), there should be very strong grounds for comprehensive protection that rules out that alternative use.

Irreversibility is at stake here.

Replanting new trees and under-storey is important but doesn’t substitute for a 300-year-old habitat. And these threats to high biodiversity areas are happening here in Greater Melbourne.

Hillview Quarries, owned and operated by the R E Ross Trust, recently applied for an environmental effects statement (EES) for a new quarry it is proposing for owned land within a green wedge area.

The new quarry would mean the clearing of up to 38 hectares of native vegetation in the heart of one of only two substantial contiguous areas that represent the last 18 per cent of intact native vegetation on the Mornington Peninsula.

The quarry would be bordered on two sides by the Arthurs Seat State Park.

A limited ecological assessment of the proposed quarry area has identified that at least 28 endangered species are on the site, six listed under the Federal Environmental Protection and Biodiversity Conservation Act 1999, including the swift parrot, which is critically endangered.

The proposed site is also an important koala habitat and breeding ground and this kind of significant habitat loss is likely to make koalas functionally extinct on the peninsula.

The land has what are probably the oldest eucalyptus trees on the peninsula, that provide important nesting locations for the threatened powerful owl.

And, in terms of plants in the area, there are many native orchids, some not yet formally catalogued, and the land is rich in fungi – some of which isn’t yet officially identified.

Conservation of these kinds of high-value ecosystems must be ensured within the green wedges.

There should be no trade-off here. Ancient trees and complex habitats that are home to particular species simply cannot be offset or replanted elsewhere.

Conservation aside, there are also other arguments against a narrow and inappropriate use of land in the green wedges.

The proposed quarry is expected to create around 35 jobs. Meanwhile, growing tourism and lifestyle activities in the region – many of which depend on nature – generate around 10,000 jobs in Mornington Peninsula Shire.

Some of these jobs would likely be lost should an industrial scale quarry go ahead in a highly visible part of the Arthurs Seat escarpment, particularly with associated pollution, loss of underground water, noise and a steady army of quarry traffic.

The Victorian government’s strategic assessment of future demand and supply for quarry products demonstrates that Victoria has an ample supply of granite for the remainder of this century, without the proposed new quarry. So “need” isn’t an issue here.

The quarry site would be of much more value, both now and in the future, if it was added to the Arthurs Seat State Park as a natural resource for generations of Victorians and visitors.

This would also support further growth in tourism, provide a natural asset for Melbourne residents, and remain an important site for biodiversity and conservation.

While this is just one specific example, ensuring the future biodiversity values of Melbourne’s green wedges and updating the legislation to prioritise their importance for the health and wellbeing of the Melbourne population, is of prime importance.

The protection of irreplaceable natural areas isn’t an issue of trade-offs if humans and other species are to survive our climate futures.

This article was first published on 28 June at pursuit.unimelb.edu.au