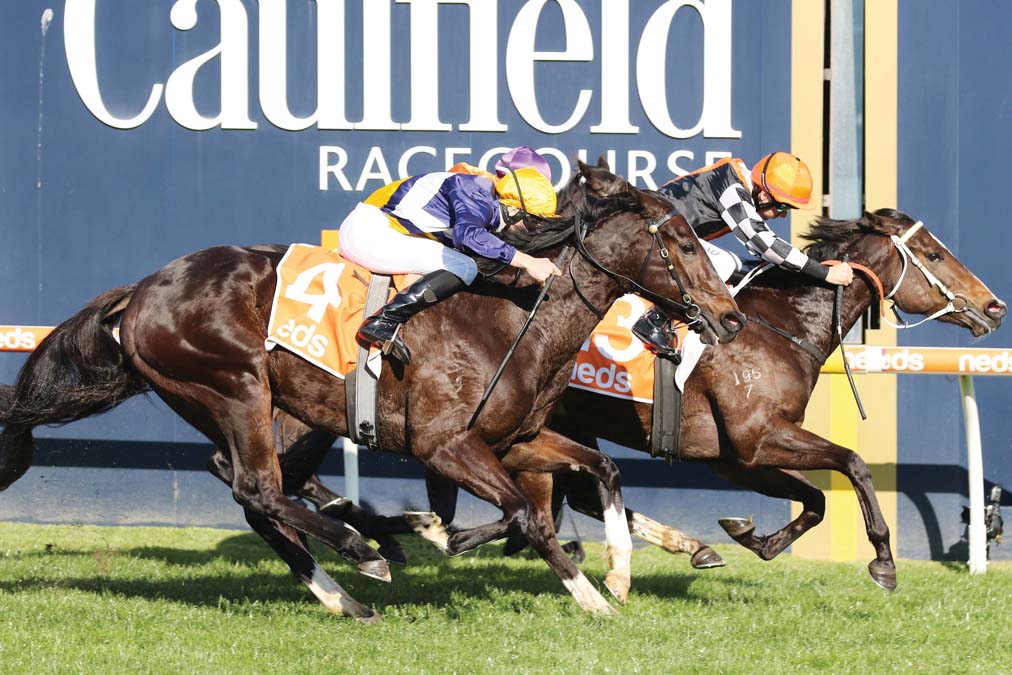 AFTER four seasons in the Victorian training ranks, the Mornington-based partnership of David and Coral Feek have broken through to win their first Saturday metropolitan race in Melbourne.

Taking the leap from Moe to Caulfield, their three-year-old filly Belsielle dug deep to reel in the race-favourite Sugartown and win by a long-neck margin over the Matthew Ellerton and Simon Zahra-trained Zesty Belle.

The Feek partnership have had remarkable success in recent times of travelling horses to Sydney and winning at their Saturday metropolitan meetings (three wins from three runners) but were thrilled to finally land one “on home turf” last Saturday.

“We’ve come close in recent weeks but its really good to get that first one,” Co-trainer Coral Feek said post-race.

The stable was unlucky not to break through just over a month ago as Ocean Miss was luckless at Flemington and was beaten by the narrowest of margins in a photo finish.

Co-trainer David Feek, who had also trained for a couple of years in England before moving to Mornington, said it was a massive relief to finally get the “monkey off the back”.

“It was just huge for us,” he said. “Coming from the UK and having made Mornington and Melbourne our home now – it’s quite rewarding to get that success in town.

“It’s a bit of relief too as we genuinely thought [Ocean Miss] had won that day but fortunately there was no photo involved this time.”

Feek said Belsielle will likely return to Caulfield in two weeks as she steps out to the 1200m for the first time.

“She’s not the biggest of horses but she’s got a heart of a lion and she showed her tremendous will to win on Saturday,” he said.

“The 1200m shouldn’t be an issue – she looked very strong through the line [on Saturday].”