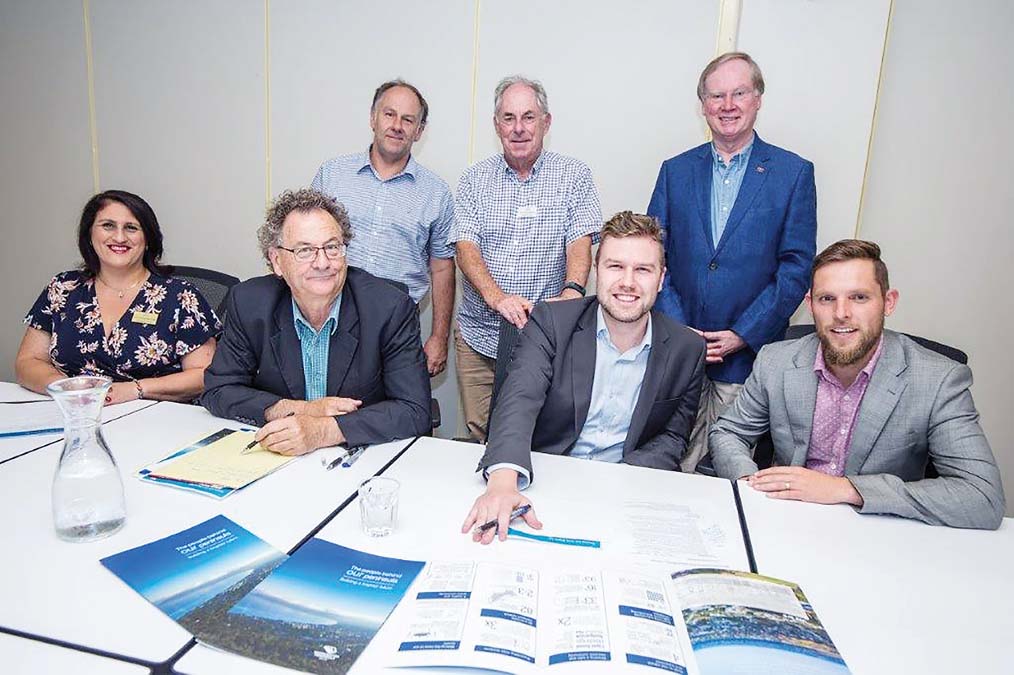 Mr Fraser provided a photograph which he says proves that contrary to what Cr Gill claims, Mr Brayne does have group meetings with councillors.

He said it was “silly nonsense” for Cr Gill to allege Mr Brayne would not meet with the whole council.

“It’s time these dysfunctional allegations are put to one side and responsible persons get on with making the shire a better place to live – especially for our ever growing number of homeless and disadvantaged,” Mr Fraser said.

“[Cr Gill’s] assertion that I always refuse to meet with council is incorrect,” Mr Brayne told The News.

“I met with the entire council last year both in person and on zoom and, just a few months back, I brought the Minister for Local Government [Shaun Leane] down to do a Q and A with all of the councillors.

“Cr Gill was simply just making up reasons to find an excuse for his behaviour. He came into our personal space and started filming us, he continually interrupted genuine interactions with community members and just made every effort to spoil my outreach to the community.

“It just seems like this is a man with a lot of free time on his hands.

As for me, I’m just focusing on the school rebuilds, the bus improvements and stopping the quarry.”

After the publication of their respective comments by The News last week (“Spoiler alert as MP ‘meet and greets’” 14/7/21), Mr Brayne labelled the article “just garbage” in a comment on The News’ Facebook page.

“This is such a waste of everyone’s time and there are more important stories this newspaper should be telling about members of our community,” Mr Brayne wrote.

Cr Gill says meetings like that depicted in the picture do not fit the formal type that he envisages.

He says a councillor’s role includes “when necessary, to scrutinise and hold politicians accountable for their decisions”.

He claims “often turning up to discuss issues” during campaigning by Flinders MP Greg Hunt in the lead-up to 2019 election “helped … in pressuring for the $180m election promises received for peninsula projects”.

“My thanks was Greg telling me that I was the worst mayor in Australia, in front of a large gathering,” Cr Gill said.

“The true reward was the improvements to the peninsula … Local government just doesn’t do enough of this, and politicians often enjoy a free ride. They love to have their say but do not like having to justify unpopular actions… Many politicians like cosy arrangements, announcements and photo opportunities.”