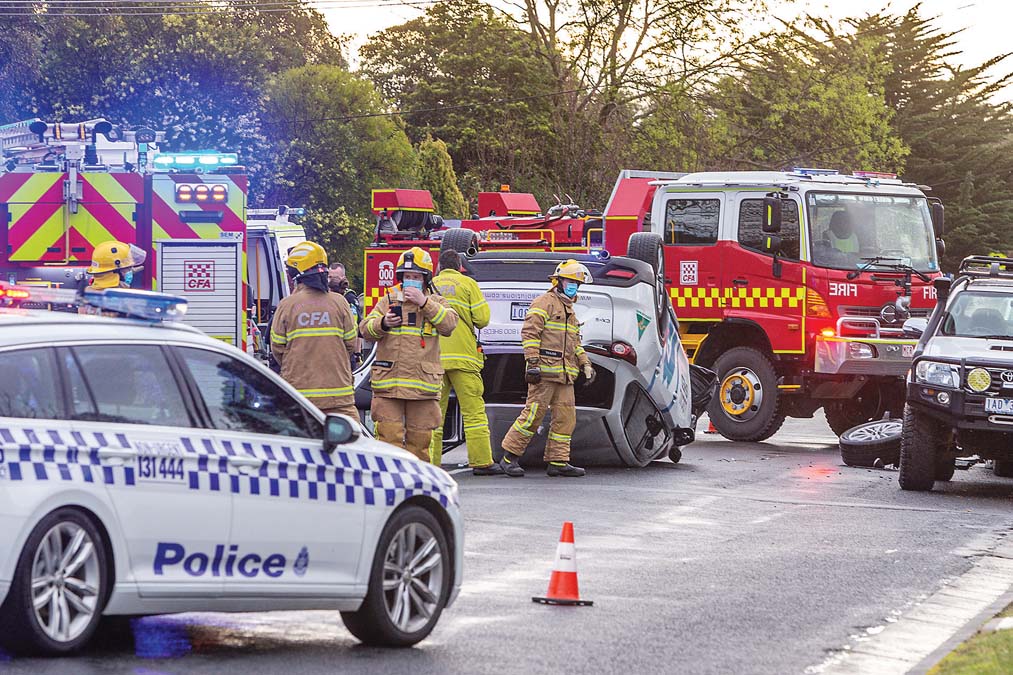 A CAR ended up on its roof after a dramatic crash at Mount Eliza last week.

The force of the impact tore off the car’s front wheel.

Ambulance Victoria said the pair was taken to Frankston Hospital in a “stable condition with upper body injuries”.

Their Mazda was written off. Several parked cars were also damaged.

Sergeant Patrick Hayes, of Mornington police, said police were awaiting the completion of blood tests on the 42-year-old woman before assessing if any charges would be laid.

Mount Eliza Fire Brigade and Peninsula Ambulance crews assisted, and the road was blocked in both directions.