Volunteers seek votes in campaign for the future 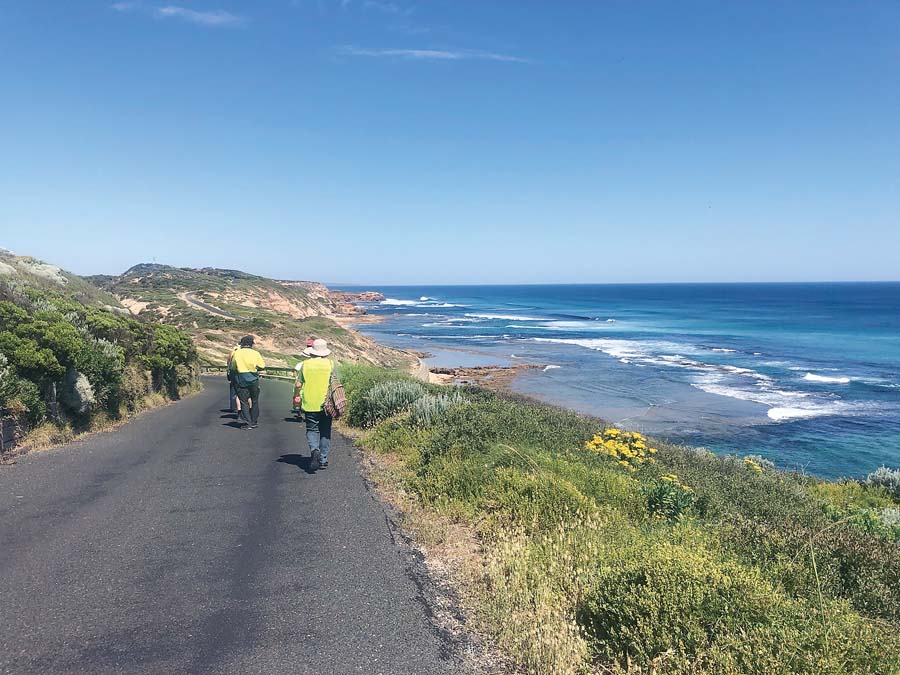 FINANCIAL backing, and votes of approval, are being sought to for a plan to gradually change the community-led guard at Point Nepean and its historic role in the defence of Australia.

Members of the Friends of Point Nepean National Park group are “not getting any younger” and want to make sure their conservation work continues.

The group has asked Parks Victoria for $13,769 for its project to encourage more people to become involved at Point Nepean.

Group member Mechelle Cheers says the national park with its quarantine station, walking tracks, forts and gun emplacements is a “glorious, special place”. Backing by Parks could depend on the number of votes the plan receives from the public.

The grant for the Leading the way: Orientation to volunteering plan is needed for the development of volunteer resources and education materials.

Information and practical sessions will be held to show the “diversity and breadth of Point Nepean National Park”, Ms Cheers said.

“We anticipate this approach will engender enthusiasm to learn more about the national park and a willingness to become actively involved in assisting Parks Victoria’s conservation work.”

Ms Cheers said the sessions would be led by experts followed by participants participating in a “normal” friends group activities.

The sessions would cover Indigenous cultural heritage: flora and fauna of the national park; quarantine and military history: coastal environment: and celebrating volunteerism.

Videos shot during the sessions would be used for promotions.

The group has been operating in conjunction with Parks Victoria since 1989 and lists among its achievements as uncovering Fort Pearce from the sand dune it was buried under; creating the Happy Valley Track (now known as the Coles Track); helping prepare the forts and park for the First Shot event; and maintaining the cemetery.

Some of the group’s members have been involved in the Parks Victoria’s junior ranger sessions.

Details of voting by the public in support of the application for a grant by the Friends of Point Nepean National Park are at: parks.vic.gov.au/get-into-nature/volunteering/volunteering-innovation-fund Voting closes 14 August.