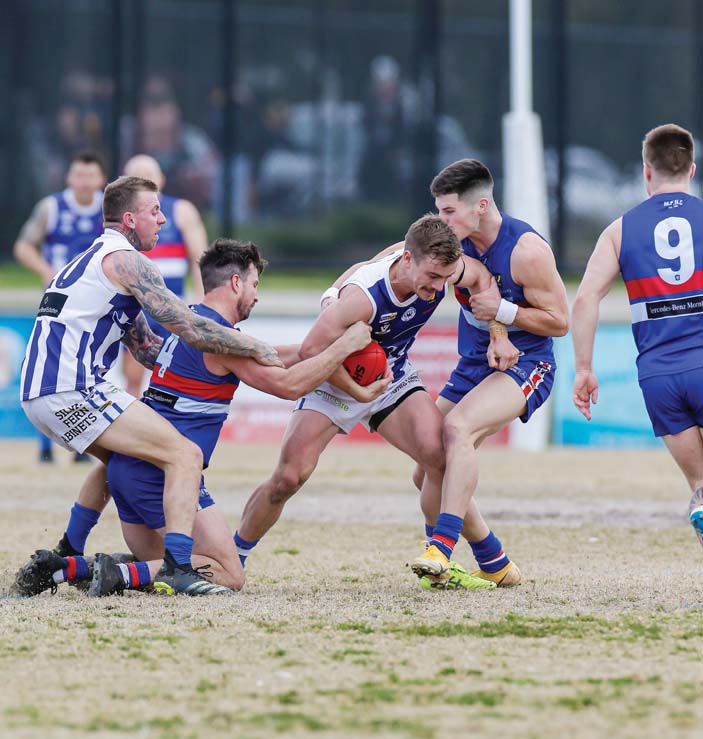 LANGWARRIN look unstoppable heading into the end of the 2021 season.

The Kangaroos took on Mornington in a clash between first and second on Saturday. What could have been an even matchup between two premiership contenders turned into thrashing, as Langwarrin ran away with an 85 point win.

Langwarrin led by four points at quarter time, but really put their foot down in the second quarter. A nine goals to one second term saw Langwarrin move out to an unassailable 54 point lead at the main break.

Langwarrin continued to score freely in the second half. They ended up putting 24 goals on the board for the game. The final score read Mornington 11.9 (75) to Langwarrin 24.16 (160).

There was also some action at the other end of the ladder, as 11th and 12th placed Crib Point and Tyabb faced off.

The Magpies got the better of the Yabbies. They piled on 18 goals for the afternoon to get themselves a 47 point win.

Seven goals from Sam Glenn couldn’t get Karingal the points against Hastings at Ballam Park Reserve.

Both sides traded blows in an entertaining first half. The Bulls went into the main break with a three point lead.

Only two points separated Rye and Chelsea at the end of their clash on Saturday.

Rye led by eight points at the half-time break. By three-quarter-time, Chelsea had wrestled back a seven point lead.

Chelsea let it slip in the final term. They were wasteful in front of goal, kicking 1.5 for the quarter. Rye made them pay for their inaccuracy by sneaking in front and claiming the win.