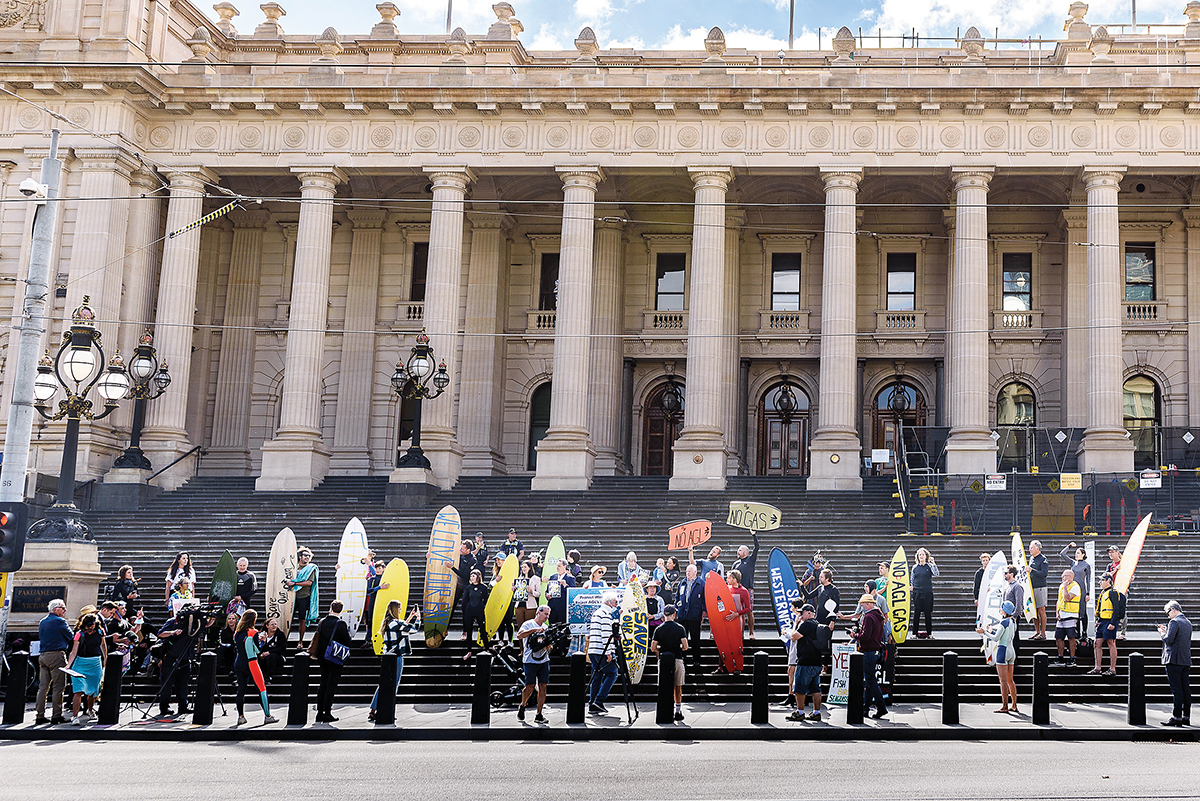 TWO of the Mornington Peninsula’s most prominent environment groups fear changes to federal government regulations will have a punitive backlash on the type of actions they successfully used to stop AGL’s plans for a gas import terminal at Crib Point.

Changes to the Australian Charities and Not-for-profits Commission Act give the charities commissioner, Gary Johns the power to shut down charities for breaching the Act or for suspecting that a breach might occur.

Save Westernport’s secretary Julia Stockigt and the secretary of Westernport Peninsula Protection Council Sandra Milne have asked Flinders MP Greg Hunt “to do everything in your considerable power” to stop changes to the charity laws that could see proceedings taken against registered charities “for the most inconsequential or unintentional perceived offences, such as inadvertently blocking a footpath”.

The two secretaries fear “some of the more enthusiastic actions of our members … could see our sister charity organisations [which have collaborated with Save Westernport and the WPPC] deregistered, even where those actions occurred without the endorsement or knowledge of the organisation”.

Mr Hunt, the Minister for Health and Aged Care, who joined the two community groups in opposing AGL at Crib Point, said the charity laws were being strengthened “to ensure that Australian charities that engage in or use their resources to actively promote unlawful behaviour face enforcement action”.

“Charities that engage in unlawful activities such as vandalism, trespassing and assault undermines public trust and confidence in the charities sector,” Mr Hunt told The News.

“Australians are incredibly generous through their support and donations and expect that a charity’s resources are directed towards charitable works.

“These regulations ensure charities doing the wrong thing, including actively promoting illegal activities, can be stripped of tax concession and other benefits.”

In their letter to Mr Hunt, Ms Stockigt and Ms Milne expressed thanks for his “contribution and support” to the three-year anti-AGL campaign but said proposed changes to the charity laws “are causing grave concerns in our community”.

“If enacted, the proposed regulations have the capacity to profoundly disadvantage community based, not-for-profit groups and charitable organisations, threatening them with reprimand and even deregistration for the most inconsequential or unintentional perceived offences, such as inadvertently blocking a footpath,” the secretaries said.

“We are deeply concerned that under the proposed changes to the regulations, some of the more enthusiastic actions of our members, or of those merely associated with the groups that collaborated during this necessary campaign, could see our sister charity organisations deregistered, even where those actions occurred without the endorsement or knowledge of the organisation.

“The regulations would deliver an onerous and thoroughly undemocratic impact to community-based organisations.”

They quoted Community Council of Australia chair, Tim Costello as saying: “Giving the charities commissioner powers to shutter a charity for a minor offence by a member is the equivalent of the electoral commissioner having the discretion to deregister the Liberal Party because a party member damages someone’s lawn when putting up a sign.”

The secretaries said the federal government had previously committed itself to reducing red tape, but the changes to the charity laws were “a far cry from that aim”.

“Adequate laws and regulations already exist to respond to any legitimate breaches of the Act.”