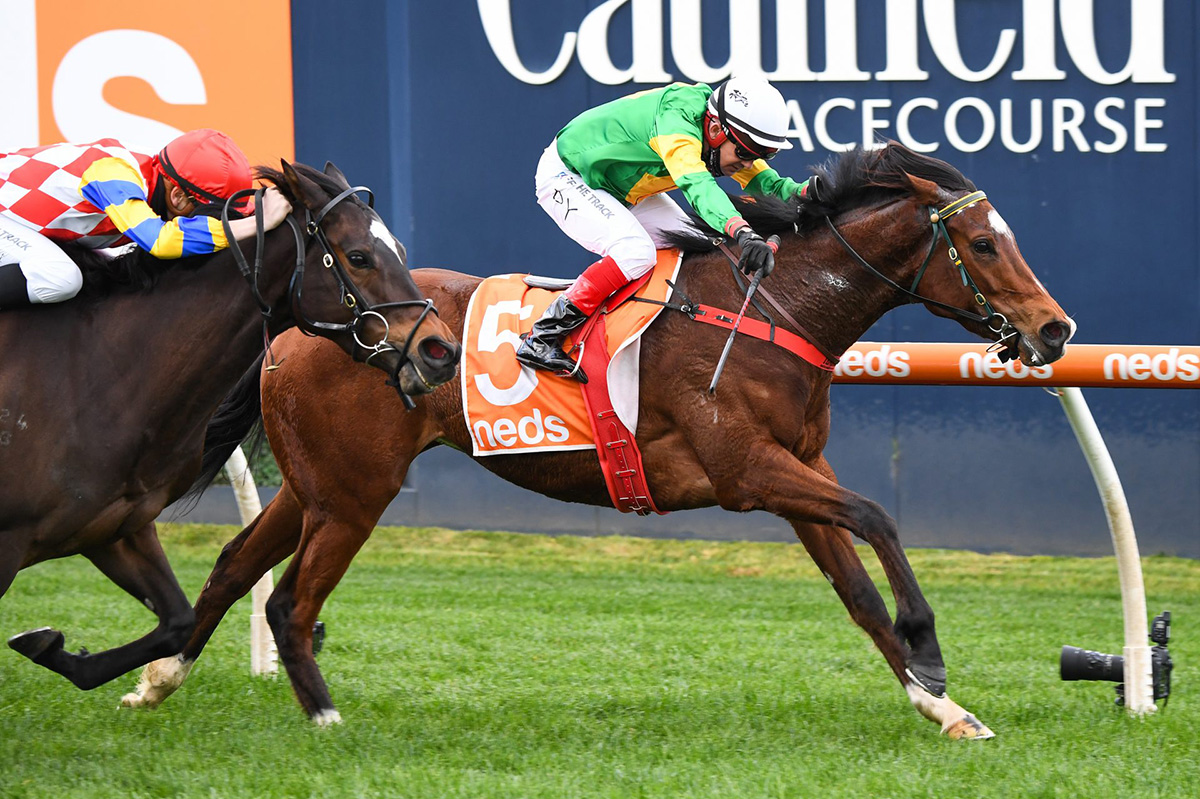 SHANE Nichols could have another promising mare to target the Group Two Stocks Stakes with this Spring.

The progressive four-year-old So You Assume handled another rise in grade at Caulfield on Saturday 14 August to land an all-the-way victory in a benchmark 84 contest.

The daughter of So You Think has come a long way in a short space of time having begun her preparation in a three-year-old benchmark 64 at the end of May.

“We’ve always liked her but she was always a little bit immature, but she’s improved ten-fold,” Nichols said.

“She’s been on the up so it’s hard to gage how far up the tree she can climb.”

Nichols, who won the Stocks Stakes (1600m) in 2017 and 2018 with his Group One winning mare I Am A Star, said the Group Two contest could be So You Assume’s next assignment on September 24.

“We’ll just see what her rating comes up at but quite possibly she could have her next run in the Stock Stakes,” he said.

“I don’t think she’s ready to go to 2000m. I reckon she’ll be better suited coming back to the mile and she loves the Valley.”

Nichols’ headline horse Streets of Avalon also stepped out on Saturday in the feature Group Two P.B. Lawrence Stakes (1400m) where he jumped as the race-favourite.

Copping a bit of pressure in the lead, the seven-year-old gelding tired in the run home and wasn’t able to show his customary fight that he usually does.

The two-time Group One winner was found to be lame in his near foreleg following the race.

Nichols said the lameness was minor and that he was looking better on the Sunday.

“We’re going to have to do some investigative work with the vet (on Monday) and then we’ll decide whether we go to the Memsie Stakes or not,” he said.