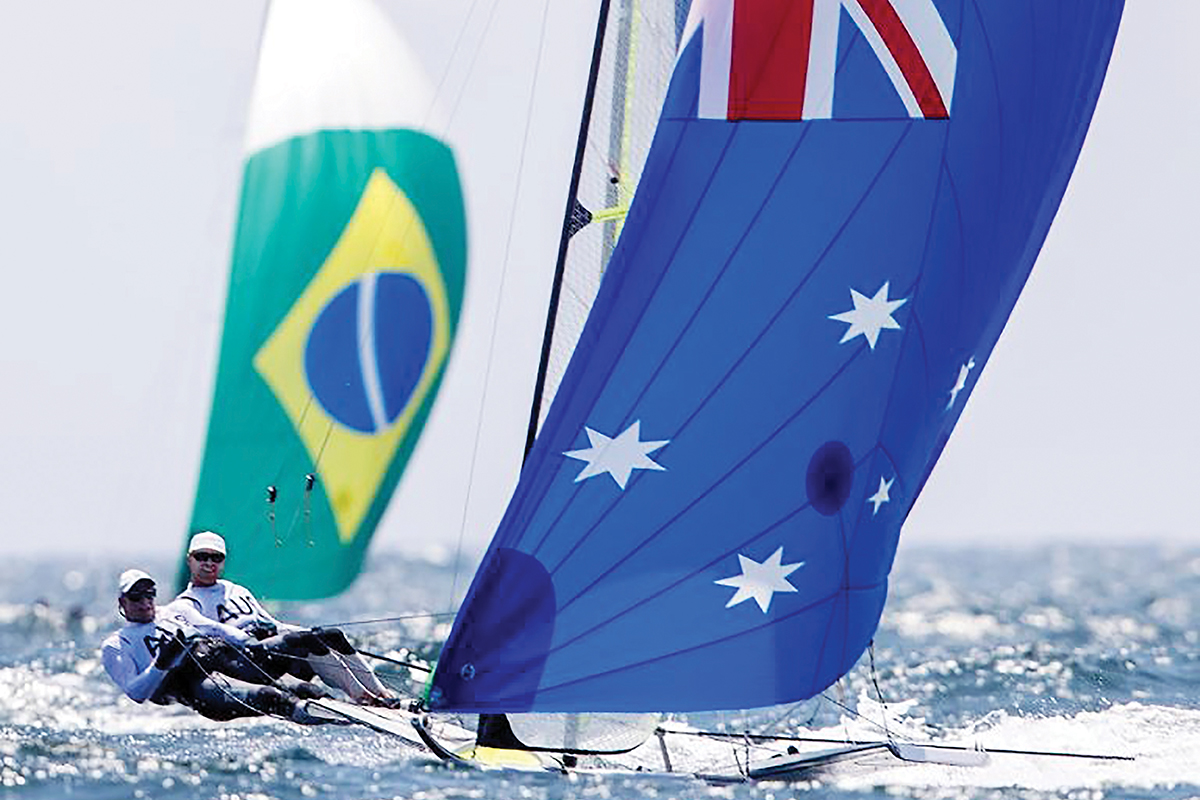 OLYMPIC sailors Sam and Will Phillips, and Tess Lloyd and Jaime Ryan, have returned to Sorrento Sailing Couta Boat Club after competing in the 49er and 49erFX class races at the Tokyo Olympics.

Their races were held on Sagami Bay, about 90 minutes’ drive south west of Tokyo, at Enoshima.

“On the water on a clear day you can see Mt Fuji in the distance,” Sam said. “It’s often a welcome reprieve to get out there after the heat of the concrete boat park, although it’s still hot wearing only our Lycra sailing gear.”

Sam said the races were typical of big regattas, with mostly light to moderate onshore sea breezes, but their world-class competitors were a “little faster and sharper and the experience off the water a bit more controlled than usual”.

He said COVID-19 regulations were strict: “We were tested every morning and had strict protocols surrounding our movements.

“Going for a run meant running up and down the hotel corridor, which was 90-metres long if you included the bend.

“Despite all these restrictions the Japanese people were super friendly and welcoming.”

After a 12-race series the Phillips brothers finished 12th, which they admitted was “not the result we were after”.

“It was a pretty humbling experience to be part of such an awesome Australian sailing team at the Olympics,” Sam said. “It was also just nice to have the opportunity to compete again after 18 months.

“Throughout the games there was a real sense among the athletes that we were all lucky to have the opportunity to be competing in sports.”