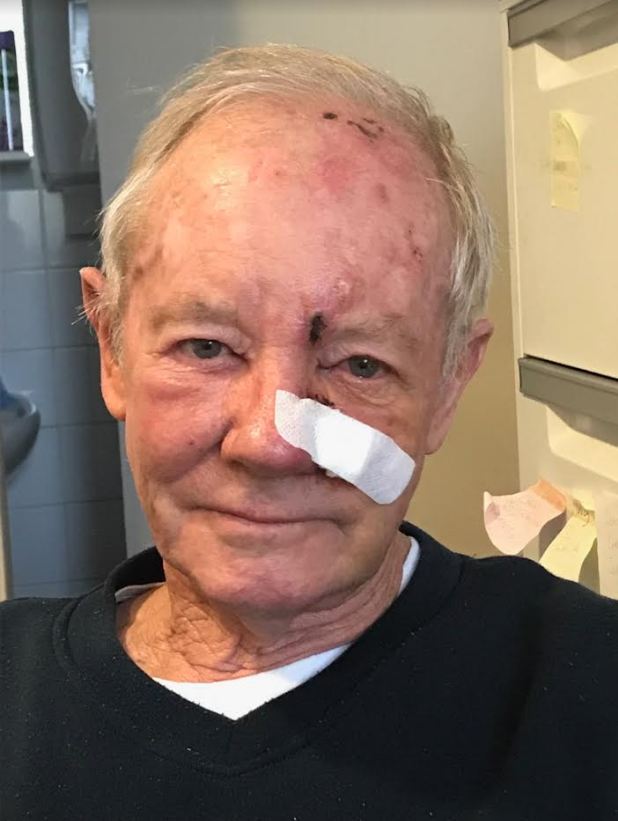 RYE resident Nikki Wood could relax and breathe a sigh of relief late last week after she received belated permission to bring her dad down from NSW on compassionate grounds as he recovers from surgery.

Ms Wood had been frantic pandemic “red tape” would scuttle her attempts to relocate and care for Robert Wood, 77, who recently had his prostate and bladder removed and is anticipating further surgery on a bad hip.

“We applied to get an exemption to Victoria for him so my sister and I could take care of him until he got back on his feet,” Nikki told Channel 9. “We just want him home, just to take care of him.”

Living on his own at Merimbula in southern NSW was not ideal for the Vietnam veteran who recently lost his wife of 50 years, Sandra, and was struggling to look after himself. Neighbours were leaving food on his doorstep to help him get by.

Despite Ms Wood pleading for a medical exemption to bring her dad down so she and her sister could care for him, the Department of Health was standing firm … until a wave of community and media pressure prompted them to change their mind last week and he was granted an exemption to travel to Melbourne on compassionate grounds.

“We are absolutely wrapt,” an excited Ms Wood said on Friday.

“Dad has approval to fly down on Wednesday 1 September and stay with us. He is stoked.”

“It’s been a hell of a year for him. He is in isolation after having his prostate and bladder removed and can’t get the help he needs. It’s been a nightmare for him.”

That’s all behind them now and Mr Wood, who lived at Rye before making a new life for himself and Sandra on the NSW south coast, is finally bound for home turf.