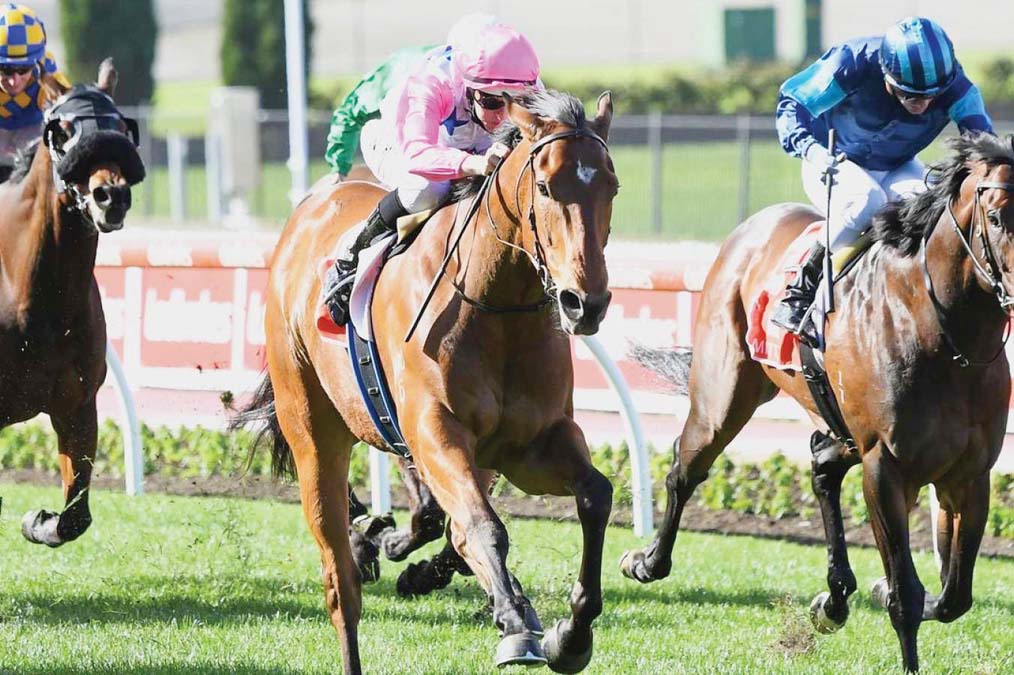 MORNINGTON-based trainer Cliff Brown is back training winners in Australia.

The 15-time Group 1 winning trainer in Singapore returned to Victoria in May and broke through for his first winner back with Veterok at Pakenham on Friday 27 August.

Just a week later and Brown has claimed the Group 2 McEwen Stakes with his Group 1 winning Singapore sprinter, The Inferno (formerly known as Inferno).

After racing keenly and trapped wide first-up at Caulfield to finish midfield, The Inferno quickly shot back into form in the 1000m sprint at The Valley to win by a comfortable one-length margin over Matt Laurie’s Group 1 winner Portland Sky.

The victory had Brown highlighting his promising sprinter as a potential candidate for the $14 million The Everest in October.

“He was brilliant. I knew he’d improve but I didn’t know where he sat still (with his Singapore form). Just to see him do it, it’s just tremendous,” Cliff Brown said.

“It’s not an aim (The Everest) but if we got a position, we’d certainly take it.”

The Inferno got out to winning the Singapore Guineas (1600m) last year but Brown believes the promising sprinter would be better suited to the shorter trips at this stage.

“He pulled very hard (over the mile) for the majority of that race. He was just too good for his own age group that day,” he said.

The Inferno’s next target is yet to be locked in.

Now with 14 horses in work at Mornington, Brown said he’s gradually adjusting to the training style in Victoria.

“We’re still learning. There’s still work that I’m not sure if that’s enough or too much but we’re getting there slowly,” he said.

“It’s a promising start but it can also turn around very quickly.”

Brown trained five Group One winners in Australia before moving to Singapore in 2008.