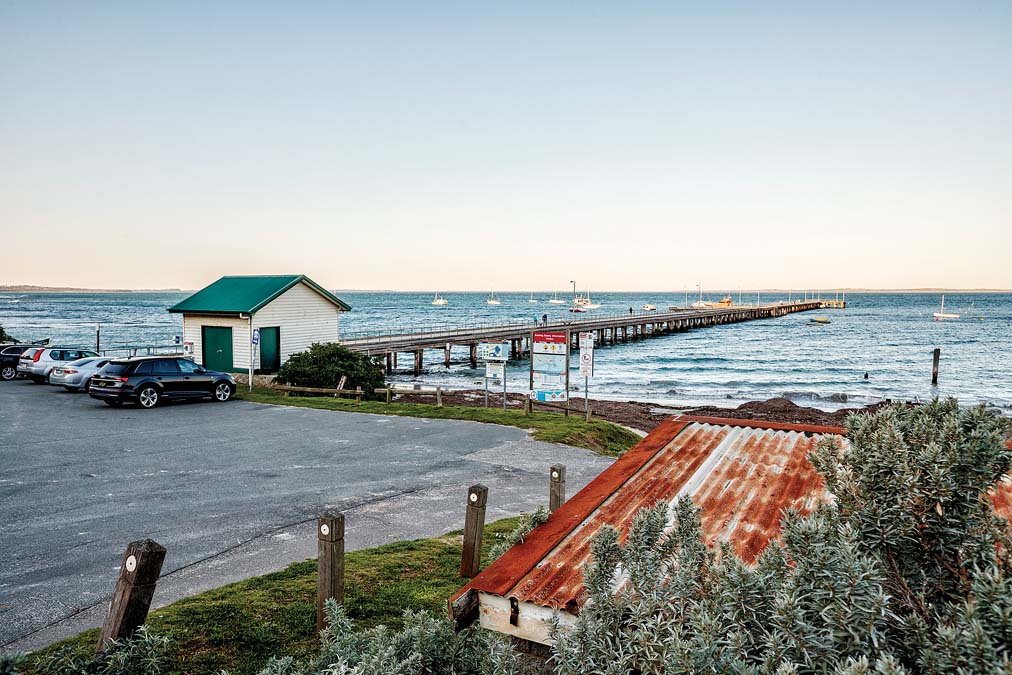 THE historic timber section of Flinders pier may yet be saved from demolition after Heritage Victoria accepted a nomination to include it on the Victorian Heritage Register.

The pier’s nomination, by Flinders District Historical Society, seems to have had an immediate – and welcoming – effect. Save The Pier Campaign organisers say it will “at the very least ensure an independent evaluation of the significance of the pier by heritage council and delay any action/decision on demolition”.

Parks Victoria, which had previously outraged pier supporters with its plans to demolish the 180-metre-long timber section, last week wrote to the Save the Pier Campaign group saying it had “always acknowledged the heritage values Flinders pier contributes to the foreshore precinct”.

“For this reason, the outcome of the independent Victorian Heritage Register nomination will be considered along with the findings of the marine ecology and heritage impact assessments commissioned by Parks Victoria before any decisions on the pier’s future are made.”

Parks said it had “anticipated being able to start engaging the community on the Flinders pier project this month, but this will be postponed to allow the Heritage Act process to take its course”.

It acknowledged the Flinders community “has a strong interest in this project”.

“Knowing that many incredible species live around Flinders pier, including the weedy seadragon, a marine ecology assessment was commissioned to identify any potential impacts of partial pier removal to marine life,” Parks said.

It has promised to release an impact assessment report and its key findings on the Flinders pier.

Charles Reis from the Save the Pier Campaign said the heritage nomination was a “promising development but one that, on its own, may not be enough to save the pier”.

“It doesn’t have a heritage listing,” he said. “Heritage Victoria will examine and review and make its own decision.”

Mr Reis said his group’s members were content to raise awareness of the threat to the pier and the weedy seadragon and to lobby the state government at every opportunity to protect it.

The pier had a social, cultural and historic significance and many of the peninsula’s annual 7.5 million visitors included Flinders on their itineraries.

“The pier is an asset for all Victorians. Whenever I walk on it, I talk to those fishing there and many have English as a second language; they are of all different racial groups, but they have something in common which is the pier,” Mr Reis said. “One of the challenges we face is to get the message out to all these people to help us save the pier.”

Mr Reis said the historic register listing was a positive step. “We have won a battle but not the war,” he said.

To find out more about the Flinders pier and Parks Victoria’s proposed removal of the 180 metre timber section visit the project page or email inquiries to engage@parks.vic.gov.au

PARKS Victoria says many of its “assets” were built in the 1970s and 1980s and more than 80 per cent of them “are near the end of their life cycle”.

Decisions of whether to repair or demolish often depends on available money.

While Parks Victoria has now deferred deciding on plans to demolish an historic part of Flinders pier, other piers needing money for maintenance are Sorrento ($16 million replacement), Rye ($15m replacement) and Dromana $6m).

Parks describes the condition of all three piers as poor (very poor in Rye’s case) and gives each a life expectancy of 0 to five years.

RSL honours those who served

Food for All seeks donations