Residents fear tree will be axed 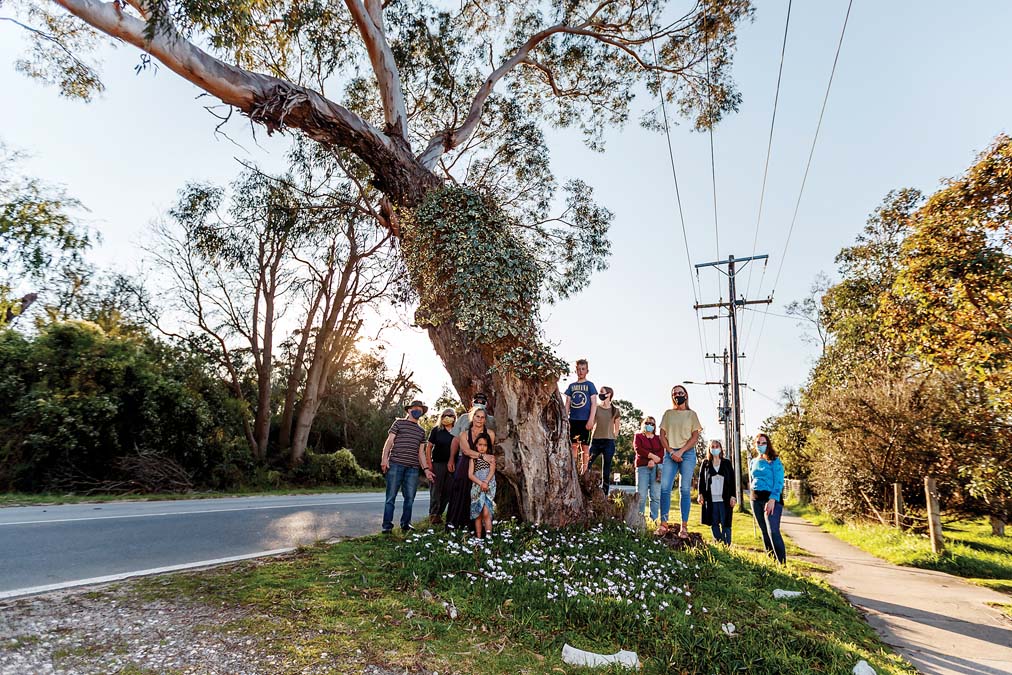 A GROUP of Balnarring residents is fighting hard to save a huge manna gum from the chainsaw.

Members met with Mornington Peninsula Shire Council earlier this year to discuss saving the tree on Balnarring Beach Road leading into the township and on a school bus route.

Concerned resident Belinda Eden said the to-ing and fro-ing had gone on and on … “The residents have put up reasonable suggestions and alternatives as opposed to the complete removal of this tree, none of which have been accepted,” she said.

“Habitat/tree loss is an important issue in this area and this could be just another example.

“The tree is an important one for all sorts of fauna as well as being a beautiful part of the streetscape. To see it go would be a real shame.”

Ms Eden said vehicle speed was a “major issue through this stretch of road”.

“The limit is 40kph but the road is renowned for people not adhering to this and whizzing through,” she said.

“Slowing down is a good risk mitigation strategy for not hitting the tree.”

Nearby resident Angela Squair said she was “gob smacked” when she learned of plans to cut down the “lovely” century-old tree. “It was the first thing I noticed when arriving here 25 years ago,” she said.

“It was beautiful and enhanced the gateway to the town.”

Ms Squair said improved road design, including another traffic island, raised banks on either side, speed humps or improved signage could provide sensible alternatives to removing the tree in the face of a “worsening” traffic situation.

“The speed reduction to 40kph – down from 80kph – was a huge factor in improving road safety here but there is so much more that can be done to soften the effects of the blind spot leading up to the tree,” she said.

“It seems the council is going to take the easy option of chopping down the tree rather than exploring those avenues.”

It seems the die has been cast, with a letter from the shire’s Parks and Roadsides contract coordinator Samantha Dalla Santa (12 August) saying the decision to remove the tree had been made after exploring other options to retain it. “There is not a viable option that meets the shire’s obligations under the Road Management Act 2004,” she said.

“Removing the tree will eliminate a risk on the approach to a blind corner.”

She said the tree would be removed this week (6-11 September), the stump ground and the nature strip replaced.

“The shire will liaise with residents along this section of Balnarring Beach Road … to schedule new street tree planting.”