Sub’s days at sea are numbered 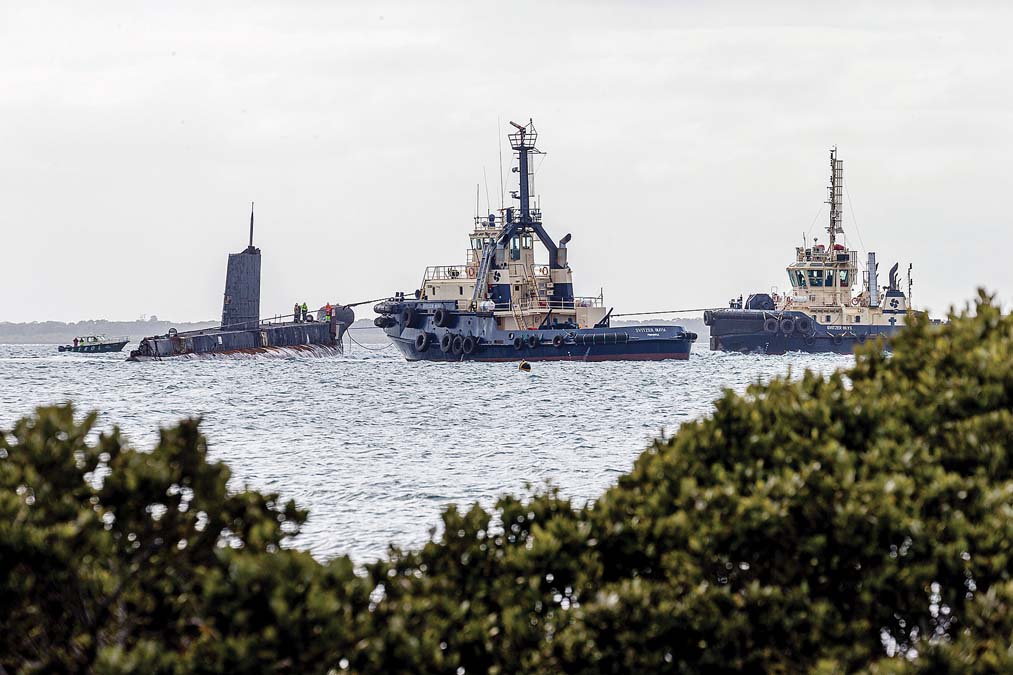 THE stricken submarine HMAS Otama was on the move last Saturday, with the aid of two tugs. The stricken sub’s next voyage may either end onshore or at the scrapyard.

It is now lying in about one metre of water off Crib Point and its owner, Western Port Oberon Association, has been given 28 days to decide its future.

Association vice-president Keith Claughton said yesterday (Monday) the association was trying to get a permit to bring it ashore from Mornington Peninsula Shire.

If given the all clear, the Otama would be lifted by crane or dragged on rollers to shire-controlled land near the Crib Point jetty.

“The only instruction we have from Parks is that we have 28 days to remove it or they will declare it a hazard and have it towed away,” Mr Claughton said.

Mr Claughton said two 228.5 tonne batteries serving as the sub’s ballast could only be removed on land.

The vessel is also holding 33,600 litres of sulphuric acid-based electrolyte, distillate and 1000 litres of hydraulic oil.

The Oberon-class sub was badly damaged in June storms and there were concerns it would sink, leading to opposing petitions to the Legislative Council: one calling for its preservation, the other for its destruction.

The Otama has been moored 800 metres off the Crib Point jetty since 2003.