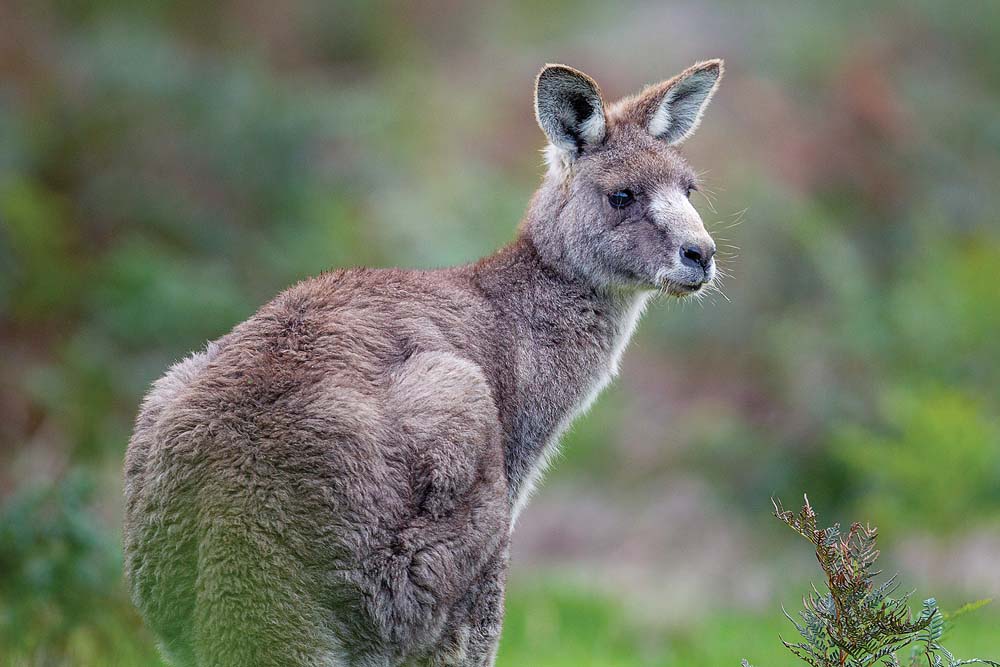 “I know many people will not associate the eastern grey kangaroo with being threatened, but there are a number of points to consider,” Mr Thompson said, adding that all threatened species had one thing in common at one point: they were once common or plentiful in number.

“Victoria to this date has never recovered a threatened fauna species,” he said.

“Extinction is silent and the start of this process is local extinction and this is why the e-petition has been created about eastern grey kangaroos on the Mornington Peninsula.”

He said it was not known when kangaroos disappeared from these places and became isolated populations, but it was probably the late 1970s to early 1980s.

“I and other local experts, like Mal Legg, estimate eastern grey populations to be 1500-2500 on the peninsula,” Mr Thompson said.

“Residents who have started their own counts have verified our estimates, with the counts to continue.

“Taking into account the 50/500 rule – a basic mathematical equation for species population viability – and then having two methods for landholders to use lethal controls to shoot kangaroos, the ATCW (authority to control wildlife) and the KHP (kangaroo harvesting program), the capacity for the local extinction of eastern grey kangaroos on the peninsula could happen in the blink of an eye.”

The 50/500 rule contends that a minimum population size of 50 is necessary to combat inbreeding and a minimum of 500 individuals is needed to reduce genetic drift.

“The introduction of the kangaroo harvest program in Victoria is largely – and erroneously – based on creating sustainable populations of kangaroos,” Mr Thompson said.

“This is one of the saddest jokes being pushed when there are 25,000 holiday homes on the Mornington peninsula – more than 10 times the number of kangaroos – which are vacant for most of the year.”

Mr Thompson said National Threatened Species Day was designed to raise awareness of threatened species and stop extinction. The date chosen was the date the last Tasmanian tiger was shot as it was perceived to be a pest by agriculturalists.

He said the two permit systems to allow the shooting of kangaroos worked on the same basis that saw the extinction of the Tasmanian tiger.

“As politicians around the nation hold cute orphaned or captive wildlife we can ask: What is it that these politicians have learnt about extinction?”