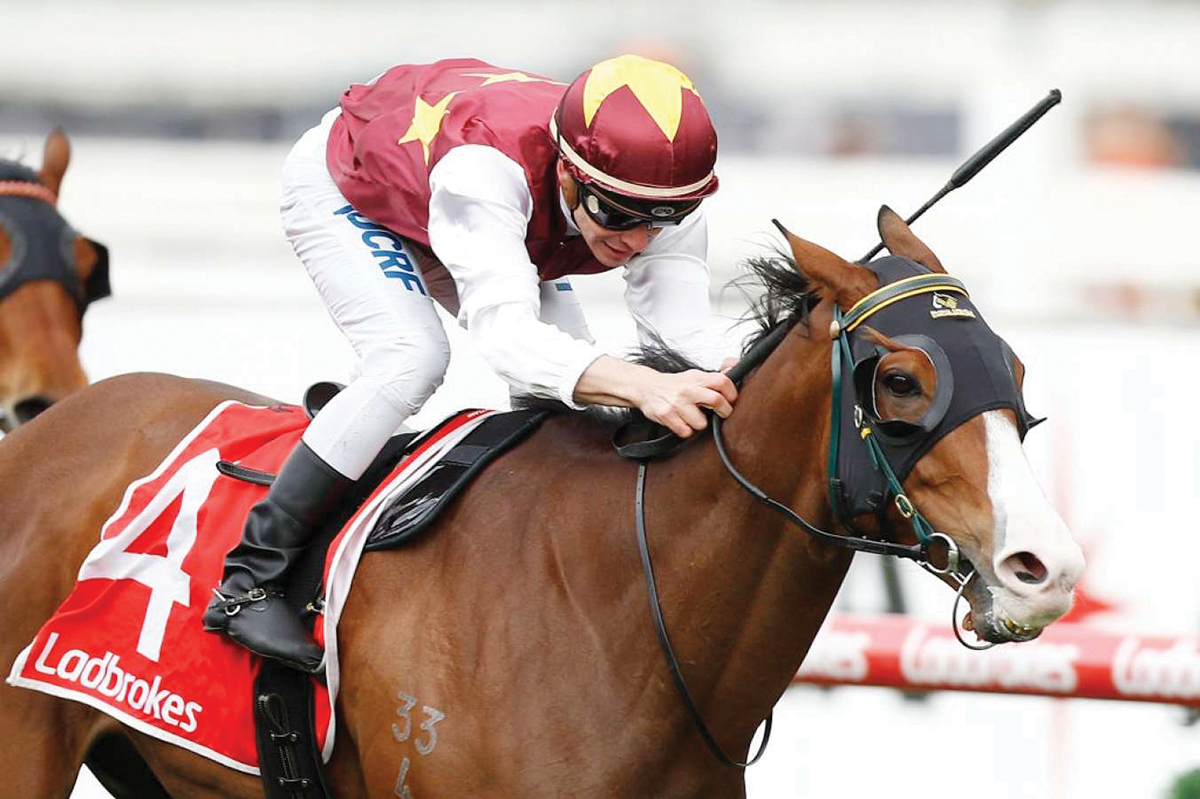 SHANE Nichols is adamant there’s another good race in his star galloper Streets Of Avalon.

The ever-consistent gelding finished just off the placegetters in the Group Two Feehan Stakes last start when out to the mile but returns to his favourite track and trip this Saturday at Caulfield.

The seven-year-old, who has claimed both of his Group One wins over 1400m at the track, will line up in the Group One Sir Rupert Clarke Stakes (1400m) for the third time.

Nichols said the gelding is going super and just needs to draw a good barrier to be in the finish.

“It was a commendable run (last start),” he said. “He finished a length away in a Group Two. He was still in front at the furlong but he just can’t go up another gear when at the mile.

“He ran fifth in the same race last year and the drew bad (barrier 14 of 16) in the Rupert Clarke. We cannot win from those gates.”

Jockey Damien Oliver will take over the reins of Streets of Avalon with Dean Yendall, who’s ridden the gelding at his last two starts, committing to Ciaron Maher and David Eustace’s Amish Boy for the Group One contest.

Streets of Avalon may also head to the Group Two Crystal Mile (1600m) in between those two outings.

Another promising galloper, So You Assume, is set to return for Nichols in the Group Two Stocks Stakes (1600m) next Friday night. Nichols has won the race twice in the past with his aptly named star mare I Am A Star.