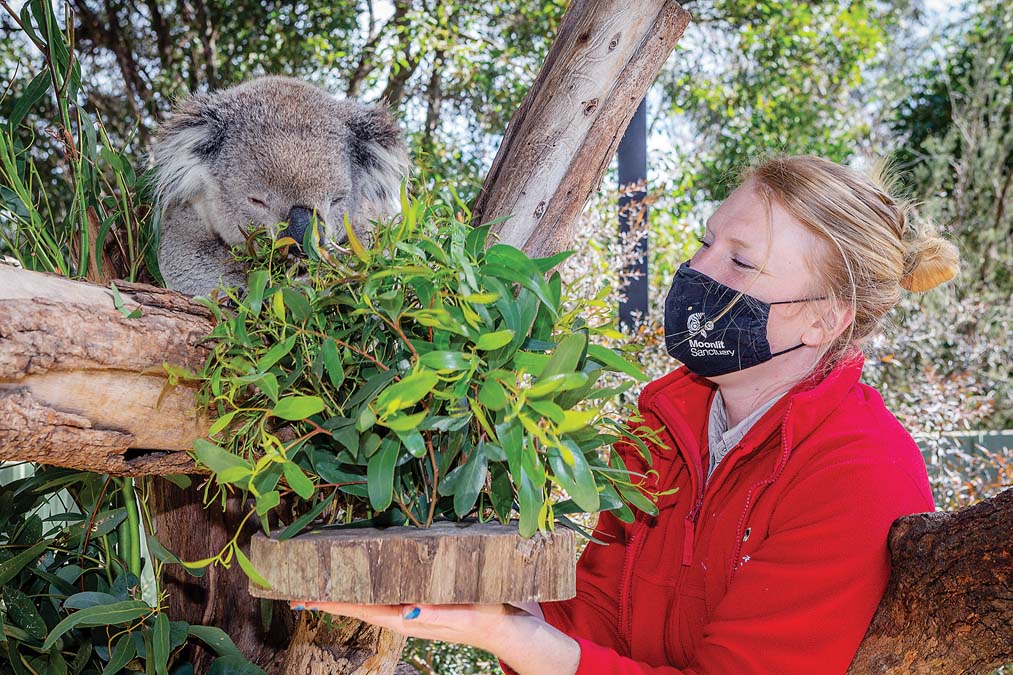 The dreams of a young Michael Johnston were able to turn into reality when the sanctuary was established by the Johnson family on 10-hectares of what was a farm and pony club at Pearcedale. Now it is home to more than 400 animals representing 70 species.

However, while the koalas at the sanctuary always receive special treatment there are fears for the safety and survival of those in the wild across the Mornington Peninsula.

Loss of habitat and increased traffic are taking a toll on their numbers, and it seems the threat of bushfires can be used to legally override planning laws when it comes to felling “koala trees” growing too close to houses in urban areas.

Meanwhile, the Mornington Peninsula Koala Conservation group is about to team up with Deakin University researchers to count the peninsula’s wild koala population.