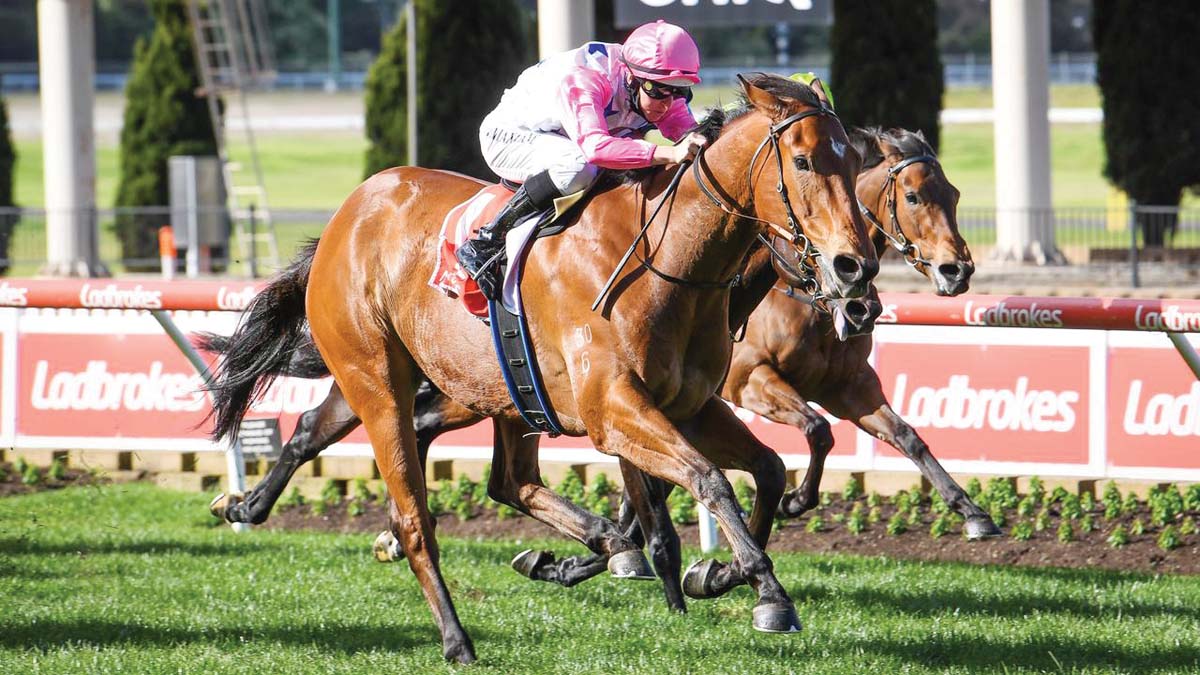 CLIFF Brown is looking forward to heading into the $15million The Everest (1200m) as the “unknown” factor.

The now Mornington-based trainer secured one of the 12 highly sort after slots in Australia’s richest race with his up-and-coming sprinter The Inferno last Saturday morning.

After finishing second in the Group One Moir Stakes (1000m) on the Friday night, Brown’s headline horse was picked up by slot-holder James Harron Bloodstock to compete in the rich sprint.

“He’s probably the x-factor horse and the least exposed heading into the race,” Cliff Brown said.

The former Singapore star came to Australia with an imposing record of eight wins and a second from his nine starts. But Brown said it was always a query of whether he’d measure up in Australia.

Since finishing sixth when making his Australian debut in the Listed Regal Roller Stakes (1200m), The Inferno has gone on to win the Group Two McEwen Stakes (1000m) impressively before finishing a narrow runner-up at his latest outing.

Brown said to run as well as he did in the Group One really showed his class.

With The Everest to be held at Randwick on Saturday 16 October and the current COVID restrictions, The Inferno will likely be stabled with Michael Freedman when he arrives in Sydney.

Brown said he is confident too that that his star sprinter will handle racing in the clockwise direction.

“I think he’ll be OK as in Singapore all of his fast work was done the reverse way,” he said.

“A big track at Randwick will really suit him, the 1200m will suit him, and he can handle firm or soft ground. I suppose it’ll be a matter of whether he can rise in level again.”