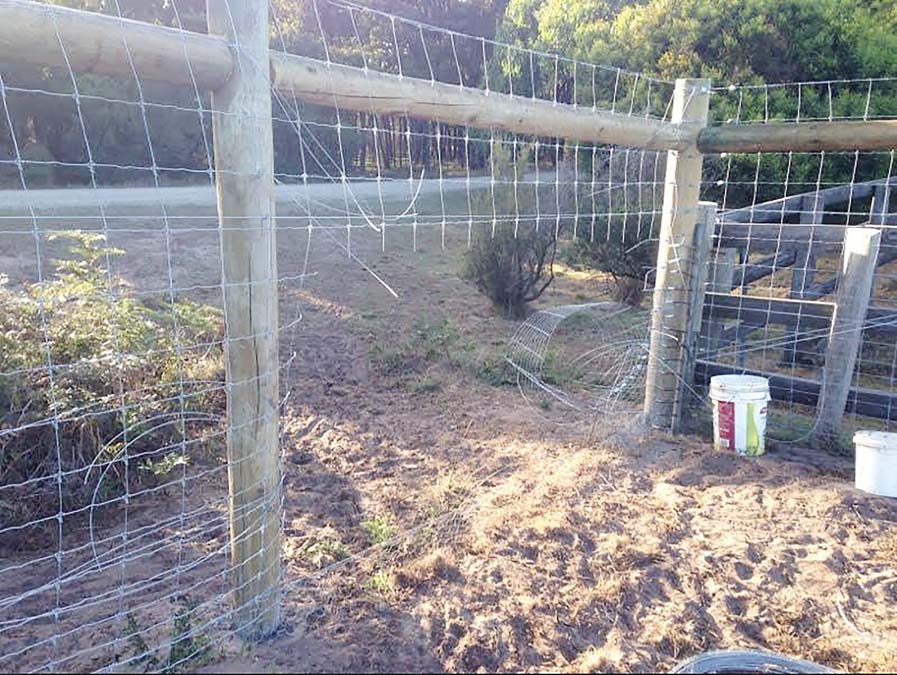 THE manager of a Cape Schanck property preparing to cull upwards of 250 trapped kangaroos blames “passionate, but misguided and ill-informed animal activists” for their fate.

“If they had left our fencing alone, these kangaroos would be happily living their lives in the park,” said the manager, who did not wish to be named after receiving what he claimed were “death threats” on social media.

“I could be happy spending my time farming instead of dealing with the problem that they alone have created through their misguided efforts resulting in the need to cull this regal animal to only be buried in a pit.

“It breaks my heart to see them suffer like that. I think culling is much more humane.”

The manager said the activists’ actions were “having the most impact on the kangaroo population on the peninsula – as I’m not alone in being the only farmer targeted”.

Wildlife groups were last week frantically seeking to save a large mob of kangaroos from being slaughtered on the Patterson Road property (“Call to reprieve ‘doomed’ kangaroos” The News 27/9/21).

Mornington Peninsula Wildlife Action Group said up to 200 kangaroos were trapped inside the 70-hectare property and could not get back to neighbouring Greens Bush wildlife reserve “even if they wanted to”.

The group said neighbouring landholders had told them a kangaroo cull took place on the property last year and believed “another cull is imminent”.

But the manager – who describes himself as a “greenie” – said an electric kangaroo exclusion fence was erected in line with NSW parks guidelines for “animal safety”.

“The original herd of resident kangaroos numbered around 40 and were retained within the 176 acres and accommodated nicely with our cattle farming practices.”

“Our fences were constantly vandalised [by activists] to allow more kangaroos into the property – which of course let our stock out into the national park.

“It became untenable to keep stock. The vandalism was so extensive that the fence was replaced in 2016.

“Permits were granted to push about 600 kangaroos on the property back into the park, and then seal the fencing. This was done on a Friday [but] by the Monday, when we arrived at the farm, the property was again full of kangaroos, and the new fence had been cut over the weekend resulting in a $17,000 damage bill.”

The manager said DELWP, Parks Victoria and the police inspected the damage. “It was the consensus of all that, to repair the fencing again, would not fix the problem as the constant vandalism would continue as it had in the past,” he said. “We had to manage the problem.”

He said a kangaroo management plan commissioned through Macropus Consulting was provided to DELWP. “Permits were issued with the condition of leaving open the damaged fencing with the view of discouraging the kangaroos from the property by culling,” he said.

“Each permit was supervised by site visits from DEWLP and, on occasion, Parks Victoria. Also, an updated kangaroo management plan was commissioned in 2018 and, again, provided to DELWP.”

The manager said as kangaroo numbers had increased and not decreased, it was decided to repair the damaged fencing to limit the numbers. “Permits were issued and supervised,” he said.

“Every time our fencing was cut, the number of kangaroos entering the property far exceeded the permits issued to cull. So, the problem increases every time the animal activists cut our fencing – with the most recent vandalism occurring earlier in September.”

The manager said sick kangaroos from the national park had infected the mob on his property.

“This has caused many to die a slow and painful death, with their carcasses littered all over the farm,” he said, adding that DELWP had documented the poisoning.