Driver in hospital after airborne car lands in trees 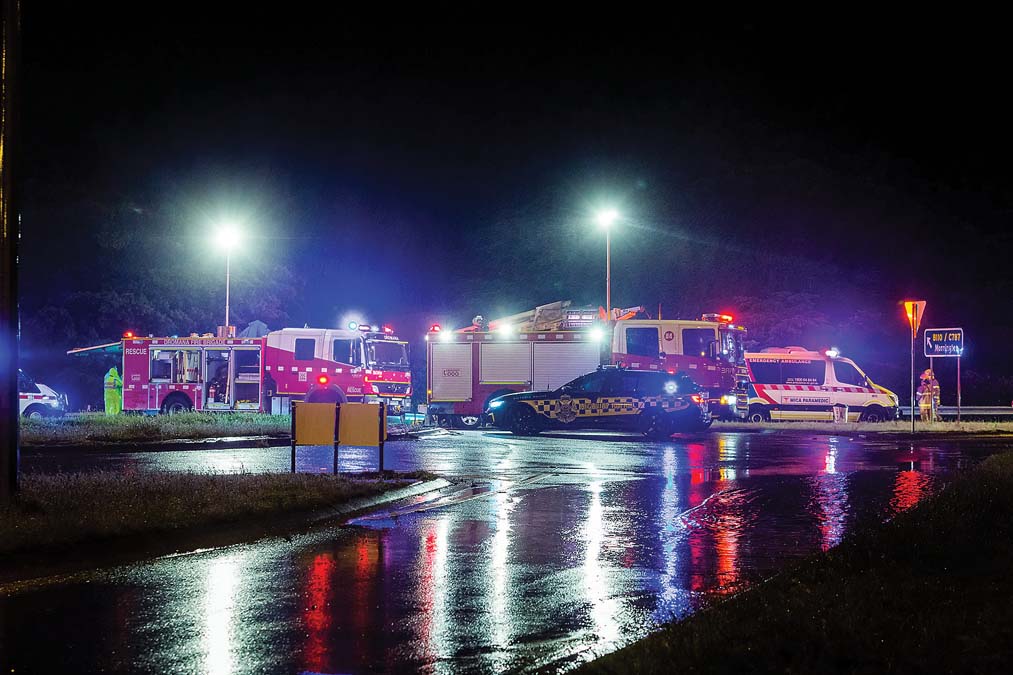 A RED Hill man was trapped in his car for two-and-a-half hours after hitting a guardrail, becoming airborne and smashing into trees four metres above the ground off White Hill Road, Dromana, 5pm, Thursday 30 September.

CFA crews from Dromana, Red Hill, Mount Martha and Mornington CFA and the Fire Rescue Victoria pumper from Mornington worked frantically to free the 50-year-old who was taken to The Alfred hospital and reported to be in a serious but stable condition next day.

Ambulance Victoria said the man was in a serious but stable condition with upper and lower body injuries.

Rescuers had to clear dense undergrowth and blackberries to get to the car at Moats Corner, near the intersection with Nepean Highway. They gave first-aid and emotional support to the driver who was alert during the entire rescue operation.

Sergeant David Collins, of Somerville Highway Patrol, said the driver – the sole occupant – may have suffered a medical episode while travelling down White Hill Road in driving rain.

“Over the next two-and-a-half hours the crews worked together to free the patient,” he said on social media. “The car was lodged between several trees and was suspended four to five metres in the air, making [the] rescue operation more difficult.

“Road accident rescue operators used all their skills gained over many years to work through the technical operation and free the driver. This included a rope system to provide specialist rescue equipment via a Stokes litter – or basket stretcher – to the rescuers below.”

“It was necessary to make several changes to the rescue plan to accommodate ongoing issues with an extreme degree of difficulty for our rescuers,” he said.

Heavy rain meant the Air Ambulance was unable to land and the patient was taken by road ambulance to The Alfred hospital.