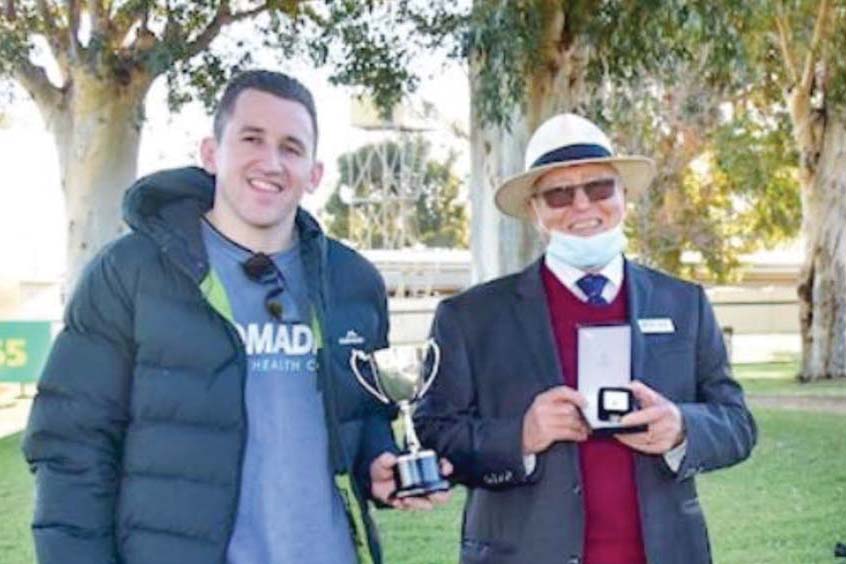 MATT Jenkins is keen to take the next step in his training career and join forces with established trainer David Brideoake before the year’s end.

Jenkins, who has worked as the assistant trainer to Brideoake for the past year, is aiming to lodge his trainers license by November before taking on the co-training role at the Mornington-based stable.

The 28-year-old said he’s looking forward to commencing his next chapter in racing and overseeing the stable that currently has 44 horses in work.

“David’s given me a great opportunity and I’m looking to repay him by bringing everything I can to the team,” he said.

Jenkins spent five years at Henry’s Dwyer’s stable before moving to Mornington and said he’s thrilled with the way everything has panned out.

“I thought I had reached my ceiling at Henry’s,” he said.

“Henry is a pretty young trainer where David is of mature age and was looking for someone like me to team up with. I’ve really enjoyed my time so far at David’s – I’ve learnt a lot and been given plenty of opportunities.”

The former jockey currently rides three to four horses a morning for Brideoake before mixing up work between overseeing gallops from the trainer’s tower to working on the ground.

He said he’s at the “tail end” of finishing off all the certifications and bookwork to take on the co-trainer’s role and is looking forward to what lays ahead.

First published in the Mornington – 5 October 2021