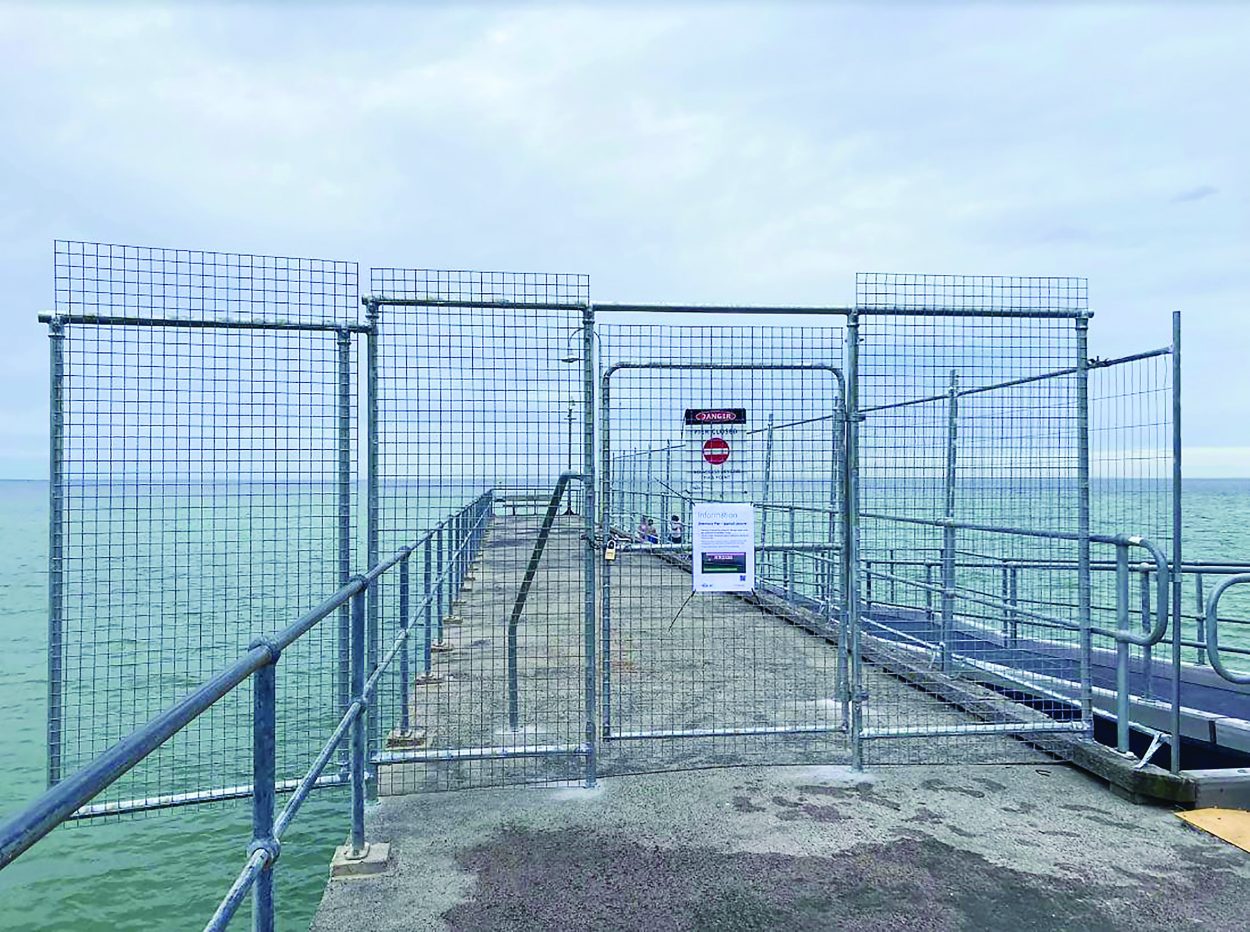 THE Dromana community is “devastated” by the closing off of the pier amid concerns that the lack of a response from Parks Victoria means its future is in doubt.

The Department of Environment Lands Water and Planning has fenced off the last 40 metres of the concrete structure because erosion underneath has made it unsafe. The lower landing is still in good condition and is open for use.

Cr Antonella Celi said the community was “very concerned about the state of the pier and [in not getting] a response from Parks Victoria or the state government about its repair or redevelopment”.

“The community is devastated that the pier has reached a point of such neglect and fears losing it altogether if Parks Victoria does not take action soon to commit to its redevelopment,” she said.

Parks Victoria last year engaged the community in a planning for the future at Dromana pier project and a report that detailed options for its redevelopment.

However, the report noted there was no current commitment from Parks Victoria to replace the pier.

“It’s about time Parks Victoria took action to save the Dromana pier and the state government committed to redeveloping and replacing the pier with a preferred option and a construction timeline,” Cr Celi said.

“The community has been advocating for the redevelopment over the past decade and, since the Dromana pier engagement summary report was released, there has been no further response from Parks Victoria on any decisions going forward.”

The report is at: engage.vic.gov.au/community-vision-dromana-pier