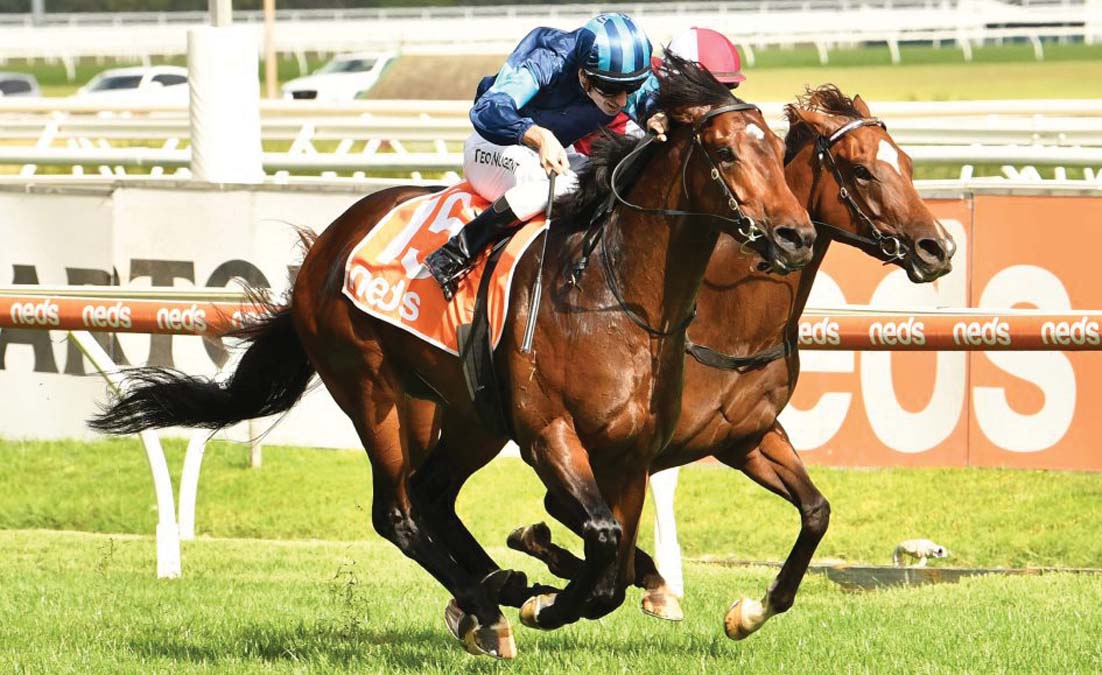 MATT Laurie’s Group 1 winning colt Portland Sky has been retired and will head to Widden Stud next year.

Laurie, who announced the news on Thursday 7 October, said he felt the now best-performed son of Deep Field wasn’t going to be able to perform at his very best moving forward.

“His body just wasn’t going to allow him to showcase what he’s actually capable of, so we had to make the call,” he said.

“We got to see a good glimpse of what he can do and if you got one like him every year or two you’d be over the moon, let alone get one in a lifetime.”

The now four-year-old colt, who was partially broken in and consistently ridden at trackwork by local Hastings woman Tahnee Jade, won his first start on the Ballarat synthetic (1000m) as an early three-year-old. He went on to finish off his four-start prep with a Group Three victory (1200m) at Moonee Valley.

Portland Sky stamped himself as a stallion of the future by winning the Group One Oakleigh Plate (1100m) alongside Grant and Alana Williams’ Celebrity Queen in a tied finish in his second prep before backing it up with a runner-up placing in the Group One William Reid Stakes (1200m) at his next start.

Laurie said he was thrilled to see the colt deliver on raceday after showing such early promise.

“He was always a lovely horse right from the beginning, so we had high expectations and fortunately he lived up to them,” he said.

“He had a great brain and was a beautiful horse to deal with.”

Now with Widden Stud acquiring a new set-up in Victoria, Portland Sky has the potential to stand at either their Hunter Valley, NSW base or remain in Victoria.

Laurie said it’ll be interesting to see how he’ll now perform at stud.

“It’s anyone guess but he’s a very fast horse and a vert attractive horse,” he said. “He’s by a really sort after stallion in Deep Field so he looks a good alternative.”