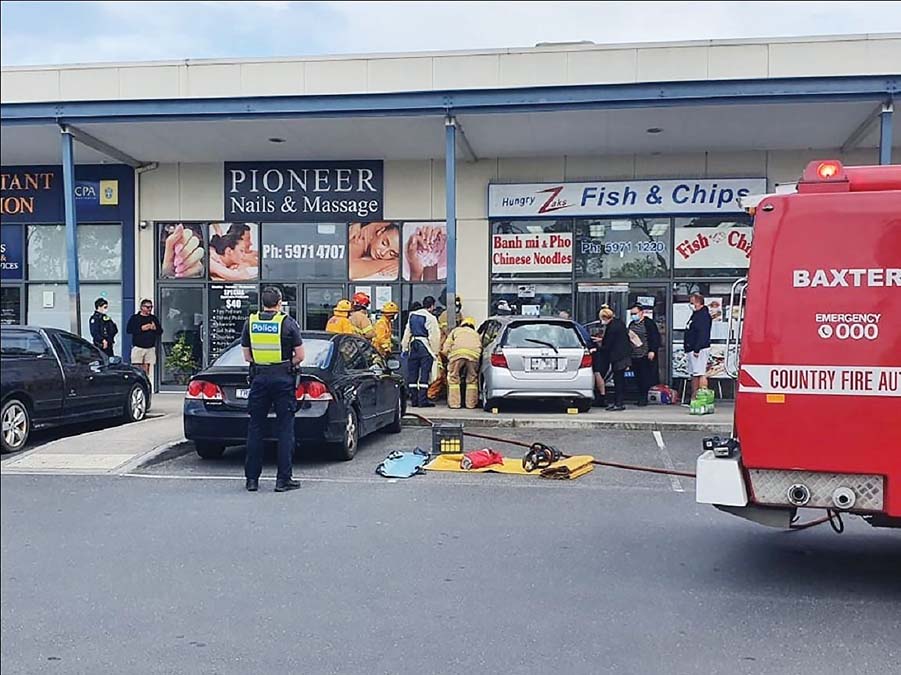 A WOMAN escaped without serious injury after crashing into a shop’s front window and power pole at Baxter Plaza, last week.

However, her husband in the passenger seat was not so lucky as he was trapped for a time before being freed by emergency services, Monday 18 October. Both were taken to hospital with minor injuries and for observation.

Baxter Fire Brigade, along with Langwarrin Fire Rescue, Frankston SES, the police and ambulance, rushed to the scene about 11.30am after the driver accidentally mounted the footpath and hit a support before coming to rest against the Hungry Zaks window.

“Rescue crews from Langwarrin and SES stabilised the vehicle and used a hydraulic spreader to push the vehicle away from the pole it was resting against,” Incident Controller and Baxter Captain Daniel Nanos said. “Once they created enough space between the car and the pole, we were able to free the passenger’s leg.”

No one inside the shop or any pedestrians were injured but the collision damaged the building and crews called in building surveyors to assess the structure.

Emergency crews were on scene for 45 minutes until the hatchback was moved.