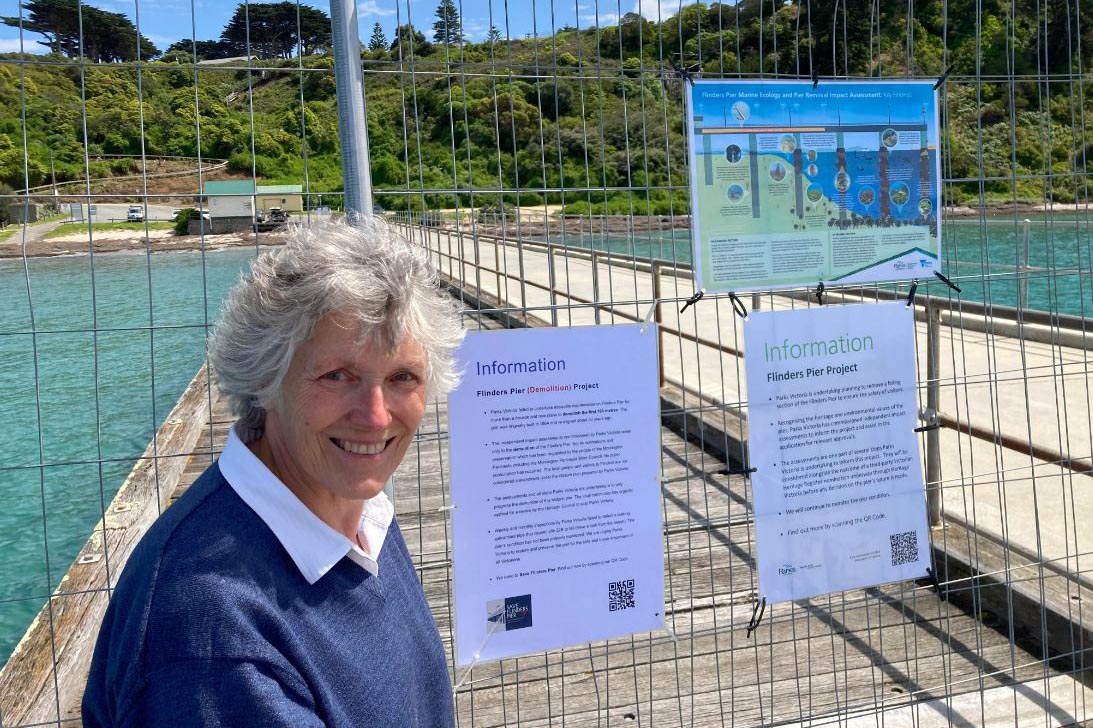 NOTICES challenging Parks Victoria’s decision to demolish the historic section of Flinders pier have been torn down.

Flinders Community Association put up the notices next to those of Parks Victoria rebutting four of its statements which they said were “misleading”.

However, the association notices were ripped down while the Parks Victoria signs remained untouched.

The association’s Charles Reis said the behaviour was disappointing. He said the FCA wanted to ensure the public was receiving correct information about the pier, and that information contained in the FCA notices was sourced from Parks Victoria’s own documents.

“The truth is that Parks Victoria never undertook any consultation … before taking the decision to demolish the first 180 metres of this historic pier,” he said.

“The pier fell into disrepair because Parks Victoria failed to undertake proper maintenance as it should. [It] failed to detect a leaking galvanised pipe that caused one of the piles to collapse and the pier to be closed.”

Mary Iles, a long time Flinders resident, said the pier needed saving. “The Flinders pier needs repair and ongoing maintenance to ensure safe use by sailors, fishermen, divers, swimmers and tourists for the future,” she said.

“A fortune is being spent on piers in Port Phillip, yet nothing is being spent on [this] side to make one of the peninsula’s favourite piers safe for many thousands of visitors who come to Flinders every year.”

Parks Victoria regional director Marine and Maritime Jo Richards said Parks Victoria had an established process to regulate the display of third-party signage at public places, such as Flinders pier, as determined by the Port Management (Local Ports) Regulations 2015.