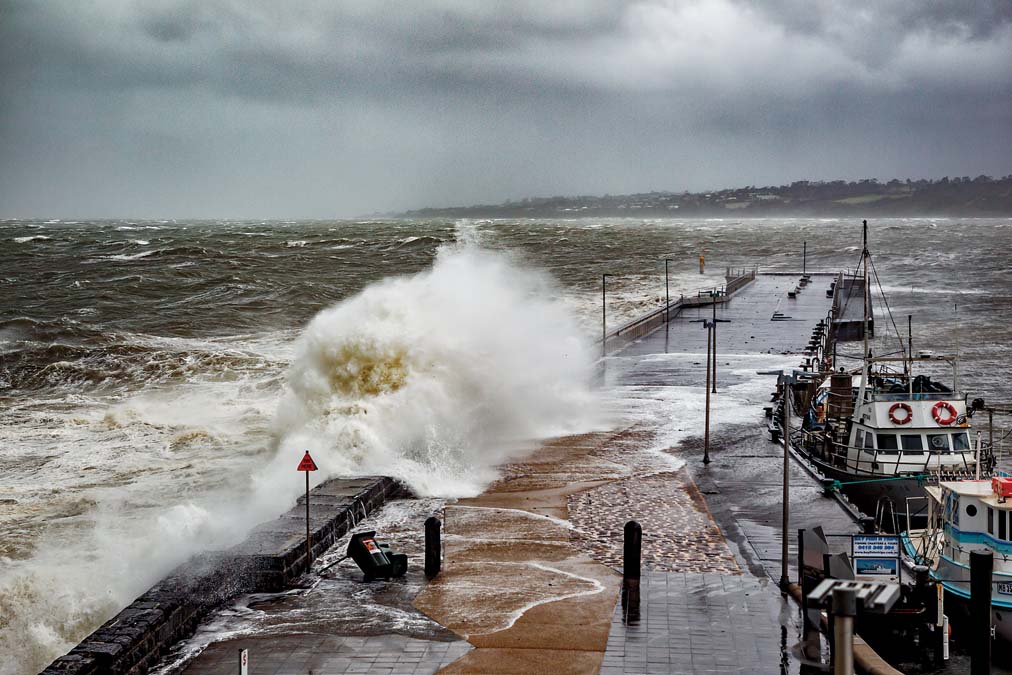 RED Hill was like a war zone after storm-force winds overnight and early morning savaged the hillside community, Friday 29 October.

Working frantically to clear away fallen trees and power lines, Sorrento SES controller Mark Daw described the scene as one of “complete and utter destruction”.

“I’ve seen nothing like it in seven or eight years,” he said, surveying streets covered in fallen leaves, power lines and branches.

“From early morning we’ve been working flat out to clear away the damage and the calls are still coming through. We’ve still got more than 100 jobs to attend to.” It was 3.40pm.

Mr Daw said the wind damage extended from Rosebud to Portsea, with trees down all along Point Nepean Road and Melbourne Road. Dundas Street, Rye, was closed to through traffic.

He praised the assistance of CFA crews, adding that he was worrying about how they were going to cope with the influx of holidaymakers to the southern peninsula at the end of lockdown.

Meanwhile, United Energy crews were busy across the peninsula restoring power to thousands of homes and businesses after the storm caused extensive damage to power poles and wires, leaving many of the utility’s 63,000 customers in Melbourne’s south-east and on the peninsula without power.

Spokesperson Emma Tyner said 200-odd staff had been “active on the ground across multiple areas throughout the day to do what is necessary to restore power”. They were being supported by technical support, control room, fault response and other experts to identify and restore power safely and quickly.

“Our crews are continuing to assess the extent of the damage caused by fallen trees and branches,” she said. “We are currently responding to more than 220 faults, including multiple fallen powerlines.”

Many United Energy customers were expected to be without power over the weekend.

The SES was so busy its media line was diverted to the State Control Centre which was activated for the storm event.

Sergeant Martin Williams, of Mornington Police, said the storm caused “the usual” problems, such as bringing down trees and powerlines.

“Nothing significant,” he said. “There’s been a steady stream of damage from Mount Eliza all the way down the peninsula.

“There hasn’t been much rain – just the wind that caused the damage.”

The highest wind speed recorded on the peninsula was 141kph at Red Hill.

Sergeant Kade Murphy, of Rosebud Police, said officers attended up to 50 calls for assistance, mainly fallen trees. A number of foreshore trees had been toppled or stripped of branches on the Esplanade, from the Dava Hotel to Main Street, Mornington.

“The police had blocked the Esplanade at Strachans Road so I had to do a U-turn and weave my way through the Dava Estate to get to Mornington Village. Nunns and Wilsons roads were blocked as was the road opposite Memorial Park.

“I saw five huge trees down on various streets, including the biggest in Memorial Park on Barkly Street and Marine Avenue. It had just blown over with its root ball intact.”

Hundreds of large and small branches were littered on fences, footpaths and roads leaving massive piles of leaves. Fishermans Beach had metre-high surf.

Traffic lights between Frankston and Mornington were out during school drop-off times with no police in attendance.