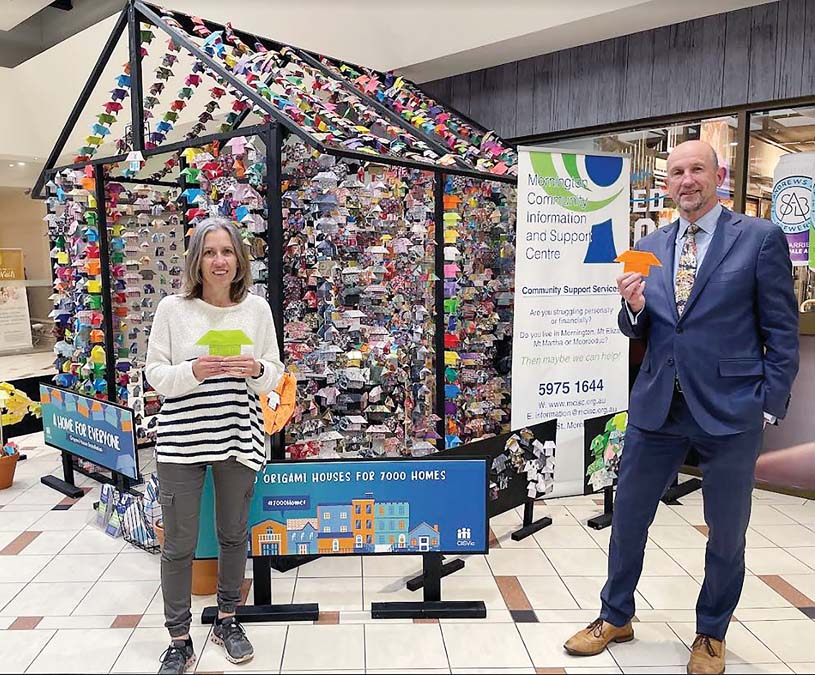 MORNINGTON Community Information and Support Centre is in a campaign to lobby the state government to build 7000 houses a year for homeless people over the next 10 years.

The campaign: 7000 Origami Houses for 7000 Homes, is being run by Community Information and Support Victoria.

To raise awareness of the need for more social and public housing the group has made 7000 origami houses for a display at Mornington Village Shopping Centre that represent the 7000 homes that need to be built every year for the next 10 years. They are asking the state government to commit to building 70,000 homes in total – and that number covers the existing applicants plus the expected rise in people waiting for social housing.

The campaign was launched by author and journalist Benjamin Law on 26 October at the centre and will go on a travelling show after it leaves Mornington.

The Mornington centre is working to address the peninsula’s housing crisis by providing short-to-medium-term accommodation to the homeless as well as a hot shower, lockers, backpack beds and food and financial support.

“We are seeing more people experiencing homelessness and with more complex needs than ever before,” he said. “The simple answer to homelessness is to build more homes!”