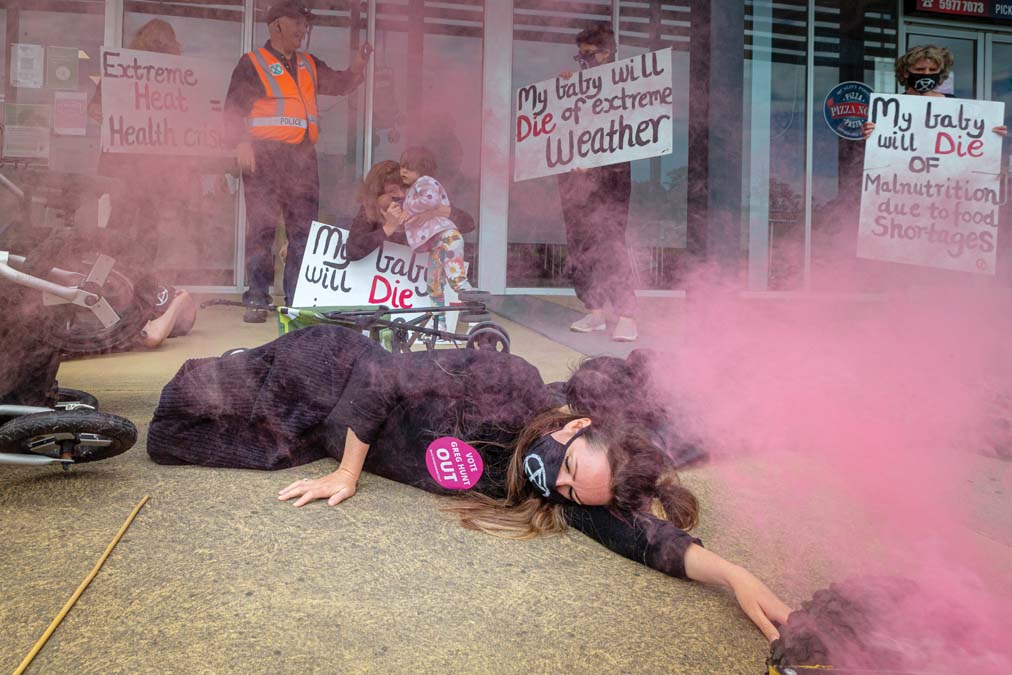 The group said the show was part of its “ongoing actions around the COP26 climate talks in Glasgow”.

“Over the past 18 months, Mr Hunt has assured [us] that he bases his management of COVID-19 on the science, evidence and modelling provided by expert advisors,” XR spokesperson Linda Pickering said.

“We, Extinction Rebellion Mornington Peninsula, demand that Minister Hunt apply exactly the same logic and protect the health of Australia’s children, and all future generations, from climate change.

“We demand meaningful emissions reduction targets in line with the evidence, and that they implement genuine, effective policies to achieve them. This is the only way to protect Australia’s children, not business-as-usual, and more billion-dollar handouts to polluters.

“Despite being one of the world’s biggest polluters, and already suffering extreme climate change impacts with worse yet to come, Australia’s COP26 ‘plan’ is an embarrassment. Our government’s pathetic efforts to reduce emissions and reach net zero by 2050 makes us a global joke.

“Currently, there are over 100 new coal, gas and oil projects in development in Australia. The French are right. Our government are liars.”

Mr Hunt’s office said the protests were a “matter for the individuals involved”.

“We hope that the smoke and flares released were non-toxic and environmentally friendly.”