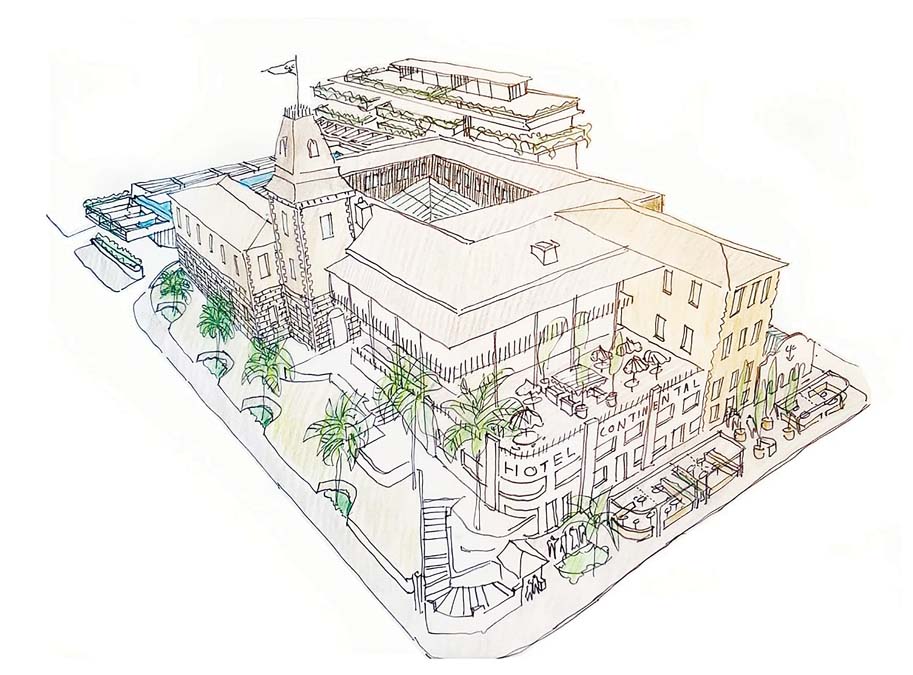 CONSTRUCTION delays have pushed back the opening of Sorrento’s Continental Hotel to March next year.

The new Continental Sorrento will be opened in stages up until June 2022 following a $100 million rebuild.

IHG Hotels and Resorts will manage the 108 hotel rooms and the main eatery will be Audrey’s restaurant.

There will be a public bar, beer garden, atrium, poolside, street dining, late-night venue, 24-hour in-room dining, as well as event rooms and a sunset roof deck. A wellness centre will have a bathhouse, outdoor pool and gym.

The historic hotel’s acquisition by restaurateur Julian Gerner in 2016 and contentious development proposals and permit battles leading to VCAT appeals had many townspeople fearing it would sink into its 145-year-old foundations (“Works begin to bring Conti back to life” The News 7/9/20).

Now its future is on firmer ground after a consortium consisting of the Victor Smorgon Group, Kanat Group and developer Trenerry Property bought the property in April 2020.