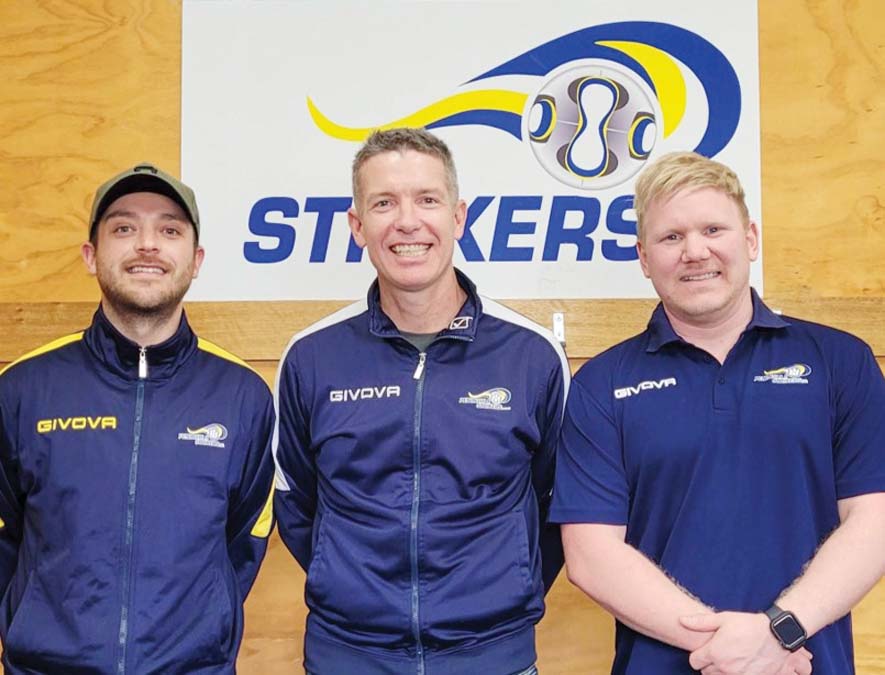 Donn Delaney has replaced Paul Williams at Strikers, Lee Barber is the new head coach at Somerville, Pat Sabatino is back in charge at Rosebud while Gregor Macnab fills the vacancy at Aspendale left by Barber’s switch.

Delaney has been at Strikers for most of his coaching career having spent 10 years with the club’s juniors before NPL junior stints at Springvale White Eagles and Langwarrin.

He has coached Strikers reserves and takes over from Williams who may have a year away from the sport due to personal commitments.

Kosta Drakoulakos will take on the role of senior high performance manager while Jake Priest and Steve Shephard will again look after the reserves.

Strikers seem certain to lose Aaran Currie who has been courted by a few clubs including Casey Comets.

Currie is weighing up his options.

In NPL2 there’s no change to Langwarrin’s coaching line-up but the club’s prize capture so far has been Ryan Paczkowski from Oakleigh Cannons.

His signing may have raised a few eyebrows at Dallas Brooks Park given his close bond with Mornington but “Patch” saw Langy as the perfect fit at this stage of his career.

And he wants to return to his customary role up front.

“Obviously Oakleigh used me in a few different positions so I’m really looking forward to playing as a striker again,” he said.

“I didn’t want to drop too far down the leagues and from the conversations I’ve had with Langy they are very ambitious.

“I know a lot of people there so it wasn’t hard to make up my mind.”

Former Victory striker George Howard also has left Lawton Park and although he has been linked with Beaumaris nothing has been agreed.

Langy is expected to make a couple more signings during the off-season.

Adam Jamieson and Nathan Peel remain at the coaching helm and it’s believed that the club is tracking an attacking midfielder from Scotland.

“Milos was great for us and we really wish him well,” Jamieson said.

“He wanted to join his boyhood club and we respect that.”

Veteran midfielder Craig Smart has retired after a storied career that started in his native Scotland.

He returned to Scotland and was at Spartans and Montrose until Frankston Pines brought him back to Melbourne.

He played an important part in Pines’ State 1 title triumph in 2007 under Jamieson.

Dean Hennessy took Smart to Bentleigh Greens for the 2009 season before he reunited with Jamieson in 2012 when he joined Mornington.

Smart recently embarked on the next phase of his footballing journey when his role as an assistant with Bentleigh Greens under-21s got underway.

In State 2 Skye United is yet to appoint a replacement for senior assistant Stephen Duffy who has taken over at Bulleen’s NPLW under-19 side.

“If we can improve on last year who knows what we could achieve,” McGuinness said.

In State 3 Frankston Pines has started announcing on facebook the senior players that have been retained and there are no changes to the coaching staff.

In State 4 Carlo Melino will be in charge of Chelsea’s senior squad for a fifth consecutive season.

Melino has spoken to his players and expects to retain “almost all of them”.

He’s in the market for a new reserves coach after Dave Farrell stepped down.

Seaford is yet to sign off on the reappointment of Peter Schwellinger as senior coach.

The club has offered him the position but is yet to respond to some terms and conditions Schwellinger is seeking.

“We need at least four players to strengthen the squad if we want to push for promotion and I have the feeling other clubs already have the wheels in motion and we might fall behind,” he said.

At Somerville the announcement of Barber’s appointment included a thankyou to last season’s coaches Dave Greening and Stan Packer.

The club is hopeful that the duo will remain although they are yet to be appointed to new roles.

Somerville held its AGM last night (Monday) and expects to sign off on appointments this week.

At Baxter George Hughes and Robert Mathieson will again fill the senior coaching positions and there’s no news on player movements.

In State 5 Sabatino’s return to Rosebud as senior coach came after player-coach Mark Pagliarulo stepped down.

Stef Papaluca will assist Sabatino and the pair could face a major squad rebuild if rumours about player departures are accurate.

The ’Buds made a pitch for Somerville’s Bryce Ruthven as a playing assistant coach but that fell through and they could lose Dougie Cunnison, Ash Scholes, Cal Richardson, Cory Osorio, Owen McDougall and Brandon Monk.

John Maisano’s commitments with Melbourne City as its new Academy NPL head coach rule him out as a player.

Aspendale’s new boss Macnab has coached at the club for over 10 years.

He has won championships with the under-12s, under-15s and under-18s.

“This success was based upon a core group of players and coaches who have progressed into senior squads at the club,” Macnab said.

Macnab and Tony Guedes will share coaching duties with the seniors and reserves after working together in junior ranks and with the reserves squad.

At Mount Martha Chris Sanderson has been reappointed as senior coach.

Meanwhile Rosebud Heart has gone on the front foot and advertised for coaches and players via social media for its 2022 State 5 South seniors and reserves squads.

Although the state federation is yet to sign off on the composition of State Leagues for 2022 and the deadline for applications from prospective participants falls this week Heart is confident that its application will be accepted.