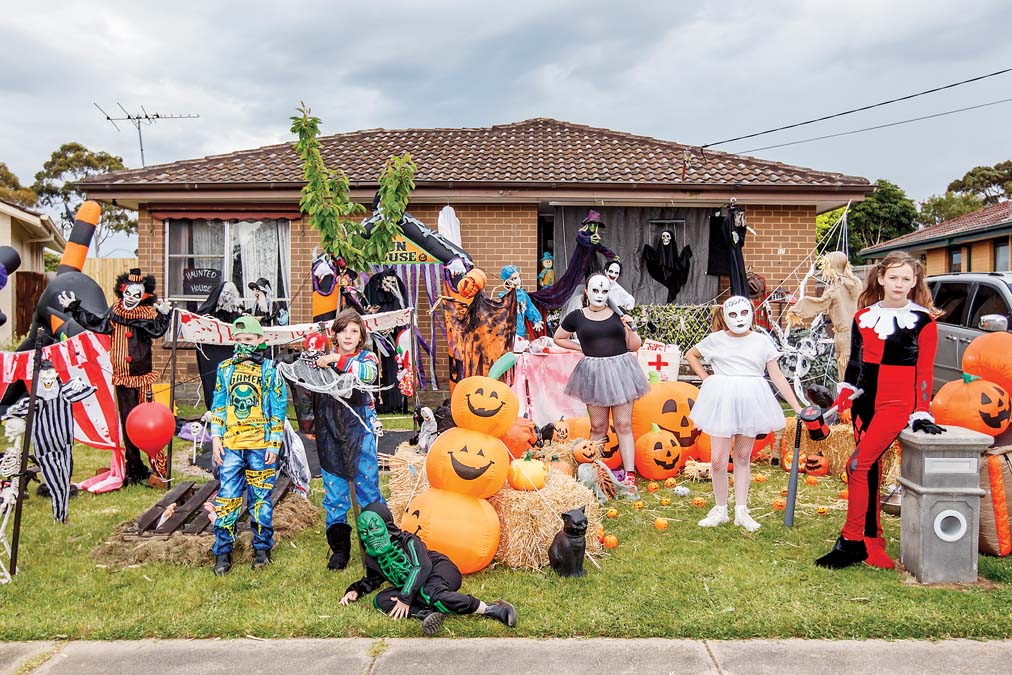 WHILE it seemed the whole neighbourhood turned up to Lisa Rick’s Halloween street party last week not all came with the best intentions.

Each year the Mornington resident celebrates her birthday on Halloween, 31 October, by combining the fun and frivolity of Trick or Treat with her own birthday festivities in a massive event. (“Tricks and treats add to party fun” The News 2/11/21).

On that Sunday Ms Rick, of Jacana Street, put on a colourful display on her front lawn with the bash even more special as it was also her 50th. It featured an ice cream truck and sausage sizzle with neighbours helping out with special treats for the children.

About 200 people attended, with the party bigger and better than ever before.

But, after the celebrations, and within an hour of Ms Rick going to bed, thieves came calling and stole $500-$600 worth of her prized animatronics, including a pumpkin king and scarecrow, clown boy and girl, two large witches and a small witch, spider and pumpkin with a rat.

Ms Rick’s son Jacob, a shift worker, was standing on the front porch at 1.30am when he spied a man walking on the front lawn and carrying what appeared to be the large clown featured in the display.

Seeing Jacob the man “spun on his heels” and ran down the street, dropping Halloween characters in his haste, with Jacob in hot pursuit.

Ms Rick called Mornington police who arrived promptly, with one of the officers having earlier admired her Halloween display on the Mt Martha community group Facebook page.

Next morning, Ms Rick and Jacob drove around their neighbourhood and spotted several of their Halloween items propped up in the front yard of a house in Torana Street.

“I told the man there they were mine,” Ms Rick said. “He just said someone had dumped them there. It was very cheeky.”

Later, a woman called by to return two of the animatronics which had been dumped on her car. A witch was found in a neighbour’s yard.

“It had been an incredible day,” Ms Rick said. “We had just tried to do something nice for everyone and to see neighbours and members of the community coming together was wonderful.

“It was something we had been missing over the past two years.”

In a pointed message to the thief, Ms Rick said: “You left the stands behind … what are you going to do, take from my yard and put in yours? Everyone knows my animatronics you dumb arse!

“All you’ve done is break my heart and ruined further Halloween parties for the hundreds of people that came by. Thanks.

“To my kidnapped kin, I truly hope he takes as good care of you as I tried to, thank you for the many years of enjoyment you gave me and my kids.”