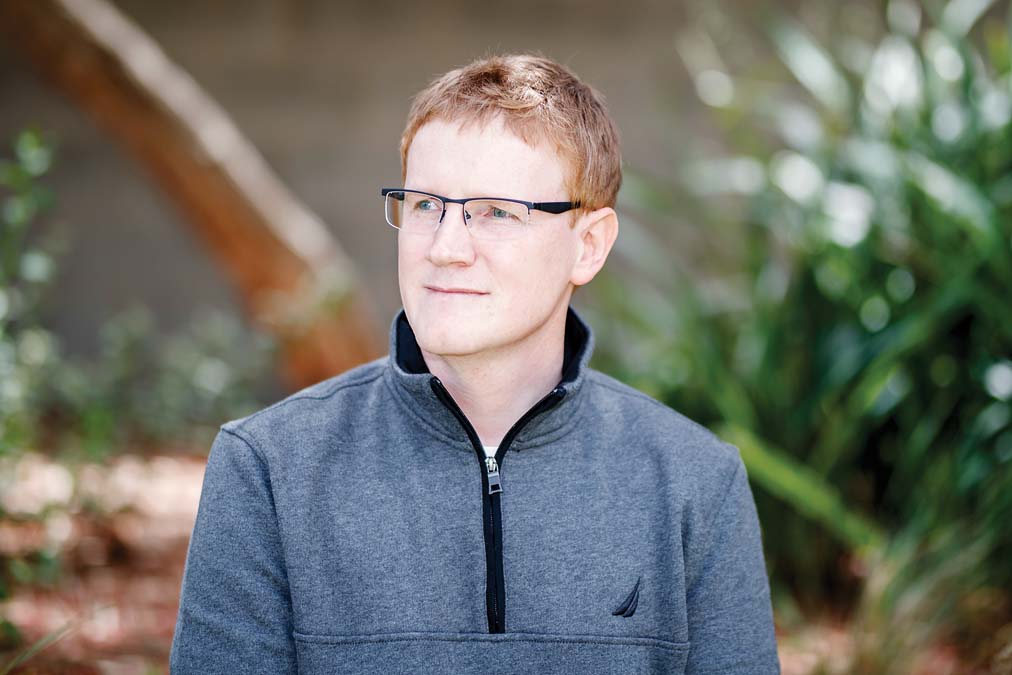 THE new Mornington Peninsula Shire mayor Cr Anthony Marsh is almost certainly the first with an aerospace engineering degree and a master’s in business administration.

He has been a commissioned officer in the Royal Australian Air Force and founder of several businesses – and he is only 34.

The first term councillor won the mayoral vote 7:2 against the long-serving Cr Antonella Celi with another first-term councillor, Lisa Dixon, elected as his deputy at the council meeting in the shire’s Mornington chamber, Tuesday 16 November.

Such was the new broom that swept through the council in November 2020, that they are replacing two other first-time representatives in former mayor Cr Despi O’Connor and her deputy Cr Sarah Race.

Cr Marsh said he would try to “unify the council team” perhaps more than it had been over the past 12 months. “That’s what I see as the key role of the mayor,” he said.

“We’ve got a [council] plan and a budget to see the year through and I want to ensure we work as a team and not 11 individuals.

“I don’t see the mayor’s role as pushing my own views but as leading the team.”

Crs Steve Holland and David Gill did not attend the annual mayoral meeting.

Cr David Gill said he had attended an online meeting of Red Hill Consolidated School, which was held at the same time as the mayoral election.

“It was a really important meeting discussing traffic issues and child safety and it went longer than I had anticipated,” he said.

Cr Gill said his vote for the mayor “would not have made any difference”.

Just two councillors had nominated for mayor and “in my view the public was probably looking for a wider selection [of candidates]”.

“Anyone who follows council would know what’s happened. The News ran the in-house betting, and the numbers were set, split among the gang of six [councillors]”.

Cr Gill was critical of the way council meetings had been run over the past year and hoped the new mayor, Cr Marsh, “will be fair and not biased”.

Cr Steve Holland, also an apology for not attending the mayoral election, said he had had “prior commitments”.

There had been a council meeting the previous night (Monday) and Tuesday’s meeting had just one item – electing a new mayor.

“It’s not an outcome that would have changed had I been there,” he said.

Cr Marsh has been busy in his first year as a councillor, serving on the Audit and Risk, Innovation Advisory, and the MAV Emergency Management committees. He is also the shire’s “small business champion” and chairs the planning services committee.

“I’m so excited and honoured to be elected as mayor and I can’t wait to work with the community as we tackle the challenges and opportunities ahead,” he said.

He congratulated Cr Dixon on being elected deputy mayor and thanked the outgoing mayor Cr Despi O’Connor and deputy mayor Cr Sarah Race “for the energy, compassion and kindness they brought to their roles”.

Cr Marsh, who is married with two young children, says he has the flexibility in his business (AirAssess, which does roof inspections for the insurance industry) to be able to take a step back and concentrate on his mayoral duties, rather than take a year off work to free him up for the job.

“I was studying law, so I’ve had to give that away for a while,” he said. “But I am good at managing my time and am able to prioritise.”

Cr Marsh, who represents Briars Ward and lives at Mount Martha, said emphasis over the coming 12 months would include implementing COVID-19 recovery measures and – in a year of both state and federal elections – advocating for “our fair share of financial support”.

“This will be the first summer in two years that we will be unlocked; we’ve now got more certainty that there will be no more snap lockdowns – and we can open up to support our local small businesses,” he said.

“I am still keen on business support and would like to do a deep review on how we can support business, for example, by prioritising and streamlining business applications over, say, what colour someone can paint their fence, as well as write an economic development strategy by June.”

Cr Marsh said a pending survey of residents would seek their views on whether the peninsula should be classified as a region, or peri-region, or remain as part of metropolitan Melbourne.

“We will put it out for consultation, but we need to distance discussions from the pandemic lockdowns,” he said. “Whichever way we go we have to ensure the result is not a knee-jerk reaction to those times.”

Cr Marsh said he would not be advocating for the reintroduction of the council prayer. “We acknowledge Country [at the start of council meetings] and it is expected that we comply with the code of conduct,” he said. “The pledge [suggested by him soon after being elected] was a pleasant alternative, but we scrapped both and, even if I wanted it back, it’s not something I would be advocating for.”

Watching with interest as successive councils jousted with the Peninsula Aero Club over permits, Cr Marsh said he expected a VCAT ruling in February or March to settle the once-contentious issue of which permits applied to what and from when.

“We have done the right thing and given it all to the umpire,” he said. “We are awaiting a legal ruling and we will abide by it.”