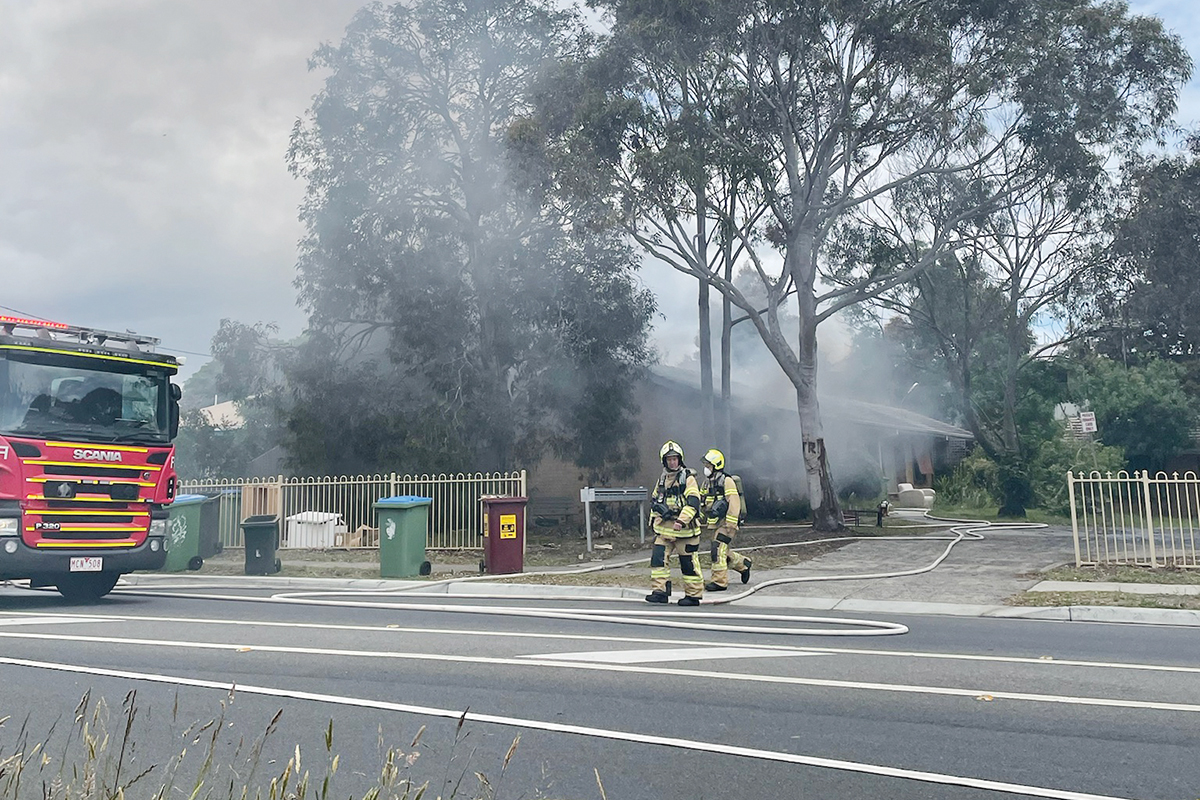 A FIRE at a block of units in Mornington last week was brought under control within 10 minutes.

FRV and CFA firefighters were on the scene at the top end of Main Street at 12.55pm – six minutes after the alarm was raised, Friday 19 November.

There were no reports of injury.

Main Street was blocked near the busy Nepean Highway corner and traffic was diverted down nearby streets.

FRV crews stayed on the scene late into the afternoon to ensure there were no flare-ups.