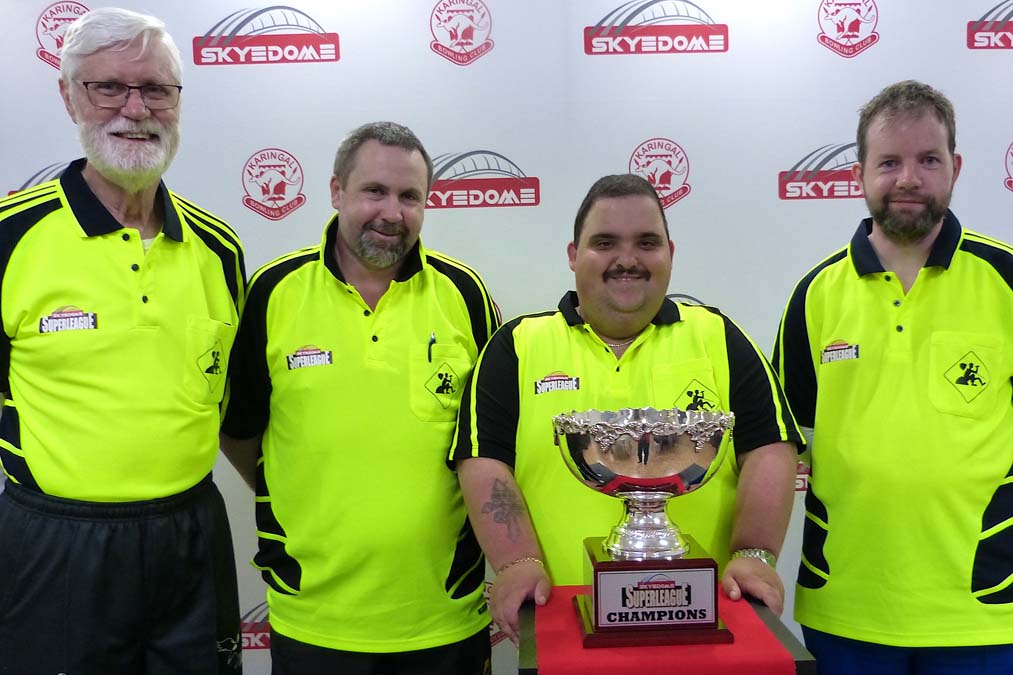 IN what was most certainly the longest bowls tournament in living history, a composite side from the southern tip of the Mornington Peninsula captured the newest blue ribbon event on the national calendar at the Karingal SkyeDome last Friday night.

The rich Skyedome SuperLeague event – originally scheduled for a seven-week season when it kicked off mid-May – suffered from two lockdown interruptions – but reached its climax under the Big Top at Karingal when the Men@Work side outgunned Somerville’s Port Pirates in a hard-fought final – 27 weeks later.

Rosebud stars Frank Krslovic, John Sykes and Ben Wales were joined by Joe Turner from Rye in the hi-vis yellow combination that scooped the pool at Karingal, having just scraped into the finals when the tournament was paused for the second time in August.

But the 12-week lay-off seemed to energise the boys from downunder as they powered past the host club’s Wanderers in Thursday’s semi final, then outplayed the hotly fancied Port Pirates side of Alan Veitch, Steven Tully, Tex McClelland, Britt Jago and Scott Guymer in the main event.

In particular Joe Turner, a renowned fours skipper in peninsula bowls circles, showed his versatility with two cracking singles wins in the final series, while the enigmatic Frank Krslovic was unstoppable in both triples and pairs.

The inaugural SuperLeague, a new concept medley competition, attracted high-profile entries from all across the Melbourne metropolitan area and further afield. No fewer than 28,000 viewers tuned in to the live streaming presentation on local community service RPPFM, while spectators scrambled into every vantage point around the magnificent SkyeDome stadium.