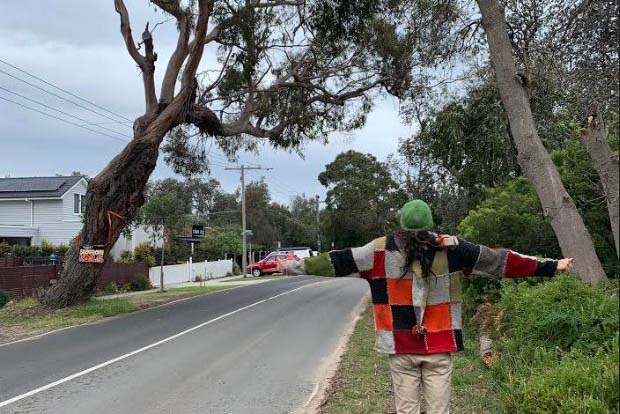 BALNARRING’S most contentious manna gum will get the chop after Mornington Peninsula Shire councillors decided that the only way to save it – spending $110,000 on realigning Balnarring Beach Road – was more than they were prepared to pay.

Councillors at the 15 November meeting voted 6-5 to support the infrastructure services team’s recommendation to remove the 100-year-old street tree, given its estimated 15-year future life span, the cost of realigning the road to retain it, and a legal requirement to provide suitable clearance to high vehicles, including buses.

The team said it had looked at making the road one-way, installing “choke” points near the tree and lowering the 40kph speed limit, but found them unviable.

A lack of clear sight lines and a bend in the road made the short one-way section unsuitable on the southern approach, while the council was legally obliged to ensure clearance heights for large vehicles of at least 3.5 metres while catering for the 1000-plus cars a day using the road.

The officers noted complaints by the bus operator over previous collisions with the tree, adjacent to 177 Balnarring Beach Road, and safety concerns arising from the need to drive on the opposite side of the road to avoid it.

The decision will come as a blow to supporters of the tree who decry the loss of extensive tracts of mature trees supporting wildlife in the area, including koalas. Many of the oldest and most established trees were on private land.

The group was hoping that a stay granted by the council last month would allow time to come up with alternatives to cutting it down.

Residents’ spokesperson Sacha Guggenheimer had asked council to consider re-routing the school bus to end at Beach Street. “Because of its clearance, the bus is a hazard when travelling past the tree to its turning spot [about 15 metres away]. The turning spot itself is in a dangerous location with people crossing the blind corner, speeding cars, heavy vegetation limiting visibility, plus wildlife and children crossing from the playground to the beach and local store.”

Ms Guggenheimer said the group was not convinced that six trees would need to be removed if the road was realigned away from the manna gum. Over the years the shire’s vegetation, leafy township characteristics, and green spaces had died a “death of a thousand cuts”.

“We believe this tree does not need to be removed, is not unsafe, and there are solutions that will not only benefit the tree itself, but also benefit the safety of our community.”

The council will investigate sites to plant street trees nearby, provide free indigenous trees for Balnarring Beach residents for their gardens, and promote the gardens for wildlife program.

The tree’s foliage will be given to a wildlife shelter and a search will be made to find for a suitable site for the trunk to improve native habitat.