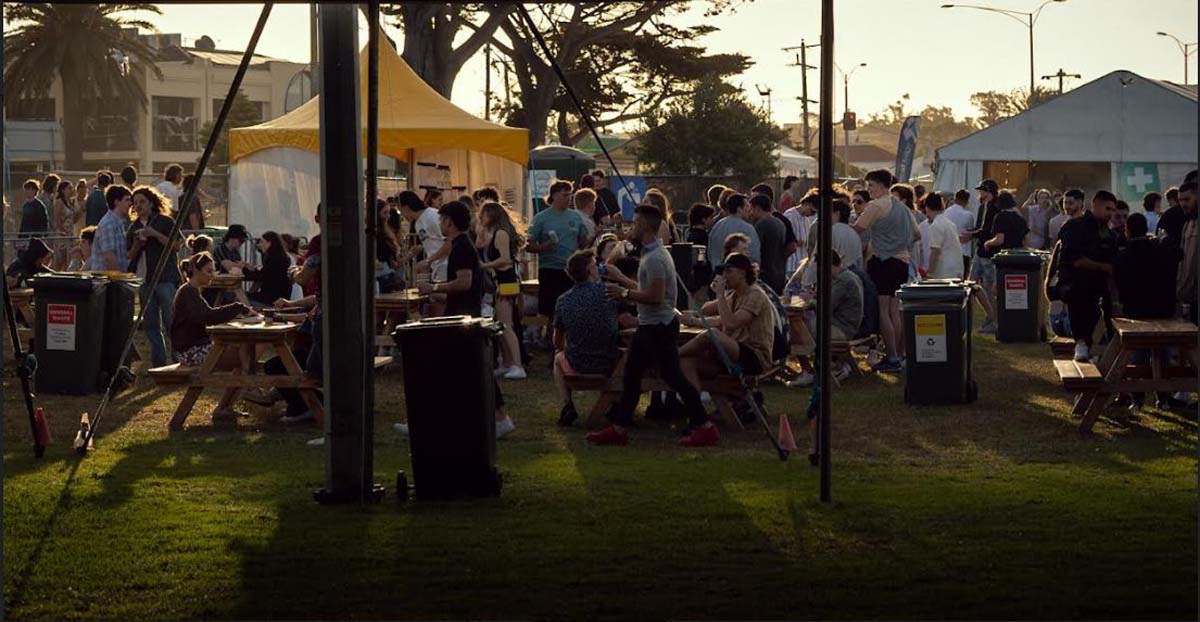 The two-day, festival-style event on the Rye foreshore, 27-28 November, attracted upwards of 7000 party-goers keen to let their hair down after being denied the opportunity last year because of the pandemic.

By most accounts, the organised schoolies “experience” went well, but there were rumblings of discontent over how some behaved, with one 15-year-old boy charged with assault and resisting arrest after allegedly punching a police sergeant from behind on the foreshore.

And the Herald Sun reported on the weekend that an Airbnb property was trashed, with “holes punched in almost every wall, doors ripped off hinges and windows smashed … and knives stabbed into walls”.

The paper said the closure of police stations at Rye, Sorrento and Dromana due to staff shortages was allowing schoolies to “run amok across the coast”.

Police Association Victoria secretary Wayne Gatt was quoted as saying communities like the peninsula were being “left with intermittent station closures and insufficient patrol units to meet demand”.

A police spokesperson said police had provided a “strong mobile presence and bolstered staffing levels across the peninsula to prevent crime” during schoolies celebrations.

The shire says the organised schoolies festival was the only one of its kind in Victoria, and that it had added to the traditional weekend of partying which has become a rite of passage for thousands of school leavers after 12 years of schooling.

Previously, there was no focal point for their exuberance, with noisy gatherings on the foreshore and at private house parties often turning nasty.

The change in format was also prompted by the limited ability of volunteer support services – such as the Red Frogs and Dance Wize – to supervise the schoolies, and behavioural issues with minors and “toolies”.

The mayor Cr Anthony Marsh said a “change of mindset” from councillors had heralded the new approach. “Rather than brace for the inevitable impact of schoolies, we decided to really embrace it this year,” he said.

“Providing for fun and entertainment in a safe and controlled environment also reduced the likelihood for other mass gatherings, house parties and antisocial behaviour.

“The team managed to pull this event together in just 19 days, which is basically unheard of in local government.”